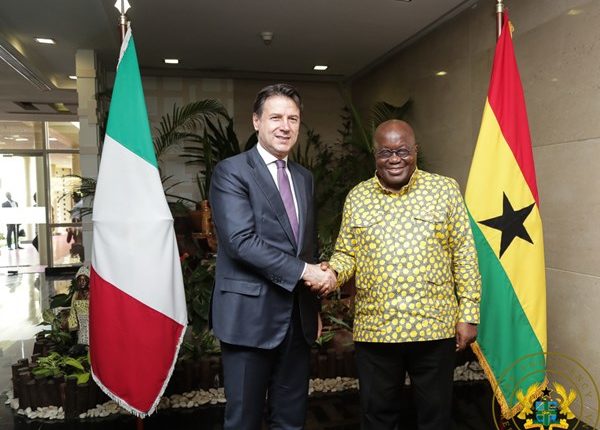 Ghana and Italy have signed a Memorandum of Understanding that seeks to enhance defense and security co-operation between the two countries.

The agreement was signed on Thursday, when the Prime Minister of Italy, His Excellency Giuseppe Conte, paid a courtesy call on the President of the Republic, Nana Addo Dankwa Akufo-Addo, at Jubilee House, the seat of the nation’s presidency.

“I think that is something that can be of significant assistance to us. As you know, West Africa is today facing all kinds of very important security challenges,” he said. 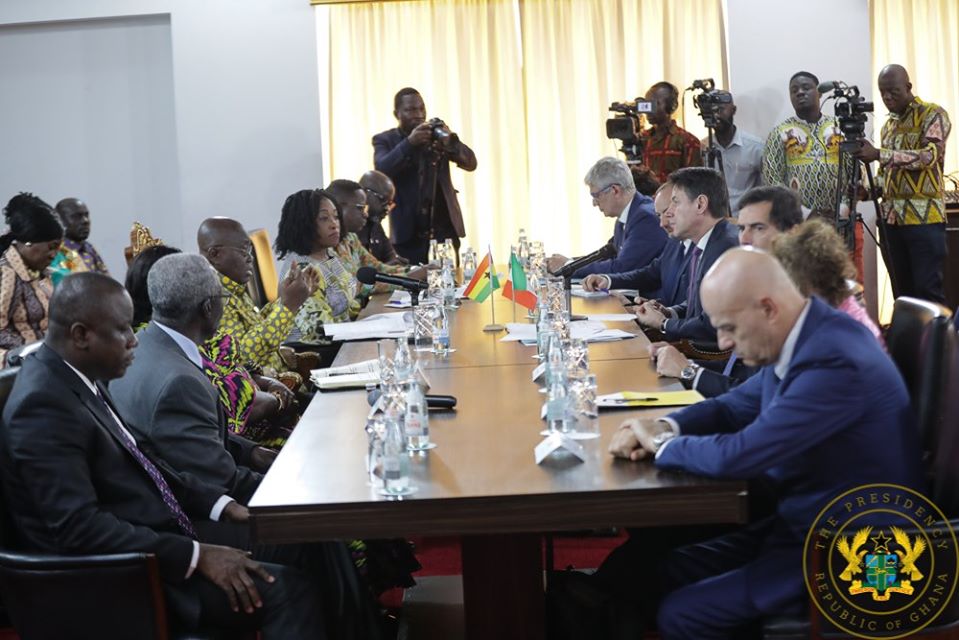 The President continued, “The Northern part of West Africa, the Sahelian region, is embedded with a lot of struggle between the jihadists who are operating out of Mali, out of Niger and northern Nigeria. The big battle is how to contain them to make sure that the activities don’t come further south.”

He stressed that “we want to live in a West Africa where extremism and terrorist fighting are not a part of the region. This is the reason why we are interested in these forms of co-operation.”

Touching on the Okuafo Pa project, which focuses on cultivation of corn, cocoa, cashew, in Dormaa, that are easily being undertaken by Italian oil company, ENI, President Akufo-Addo described the project as being of great interest to Ghana.

“Our policy is to, as much as possible, develop the capacity of our country so that this migration of our people abroad can be brought under control and reversed if possible, so that the energies of our young people can be redirected into developing the country,” he said. 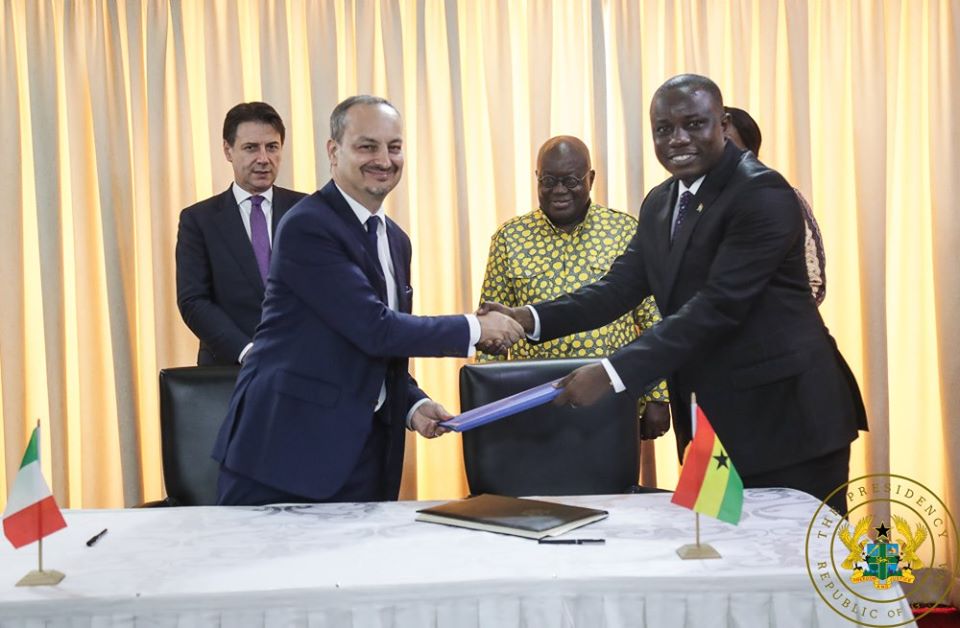 On his part, the Italian Prime Minister thanked President Akufo-Addo for the warm hospitality, adding that his presence in Ghana was to “underline the importance of this new project in the Agro-industrial sector. It is a new model cooperation.” 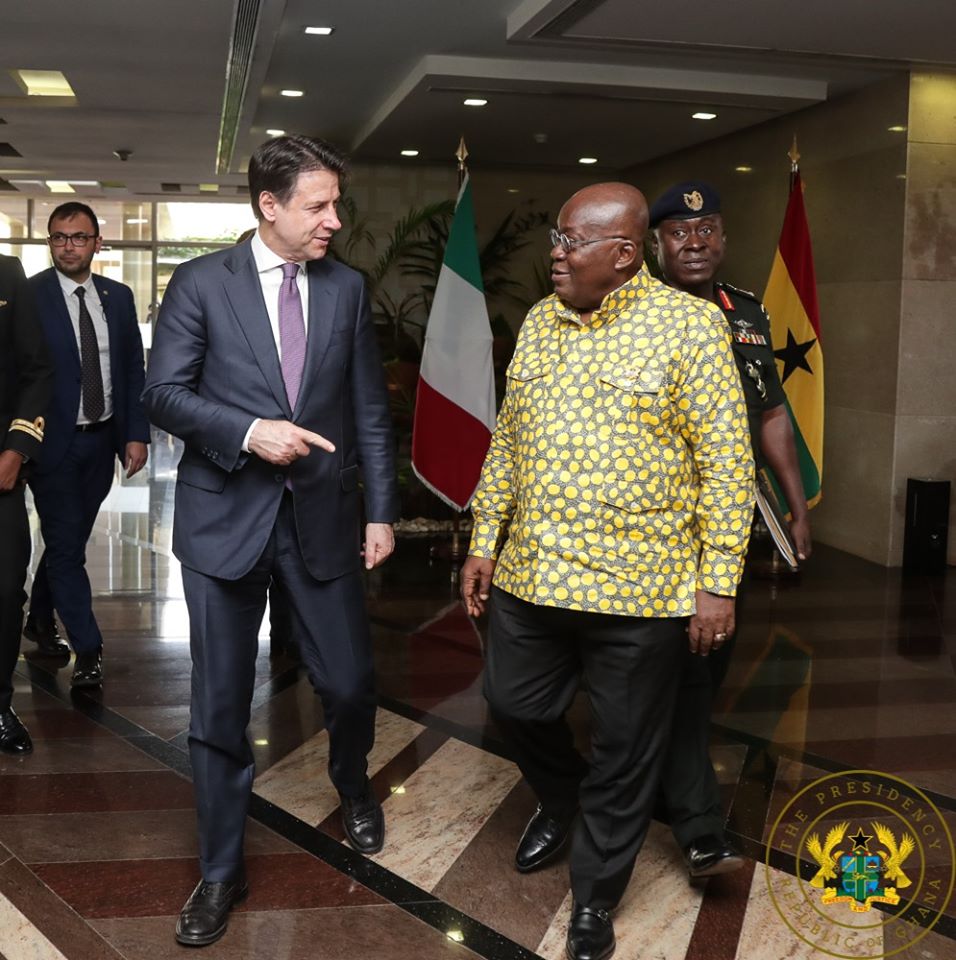 The Italian Prime Minister also expressed his satisfaction that about the signing of the agreement on defense co-operation.

“This agreement in the defense sector is a tangible example of our excellent relations and we hope to deepen them. Thank you very much, and I pray that this visit will help to strengthen the friendship between our people and our countries,” he added.