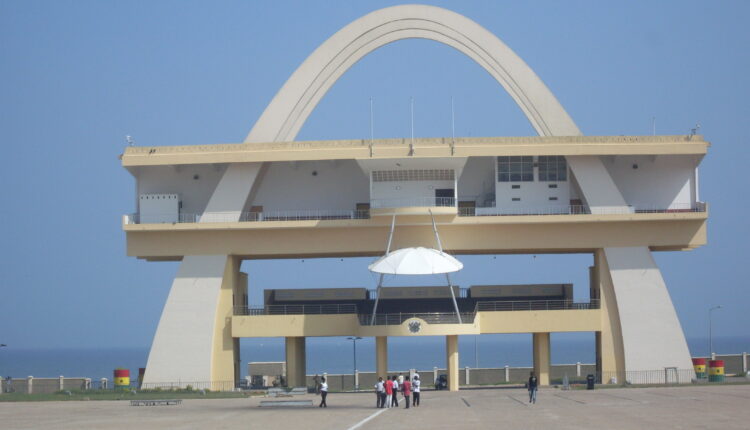 “Under IPCC projected sea-level rise scenarios, landmark features such as Christianborg Castle, Kwame Nkrumah Mausoleum and Independence Square located in Accra will erode between 50 and 150 years’ time with 2002 as the baseline year,” he said.

Professor Appeaning Addo said this at his inaugural lecture  on “The Continuous Struggle for Space – Coastal Erosion in Ghana,” at the University of Ghana, Legon.

The Professor sought to initiate discussion on the coastal activities that resulted in erosion, and how the continuous struggle for space between human activities and shoreline evolution had increased coastal erosion problems in Ghana.

He said future projections again suggested that between approximately 4.7×106 meter square and 8.2×106 meter square of coastal land would be eroded in Accra alone by the year 2252 over an estimated length of 40 kilometers.

He added that twenty-five coastal erosion hot spots had been identified along the coast of Ghana that were eroding at varying rates and intensity due to the terrain changes.

He called for the development of an integrated policy on coastal erosion management, which would contain guidelines and measures to protect the country’s coastal areas.

He said the policy would be a proactive measure against natural and human activities that threatened the coastal zone.

He said though sea-level rise was a natural response to climate change, human actions such as drainage of wetlands and over drawing of groundwater also contributed to the rise in sea levels.

“The increasing human development and encroachment on the strip of land that separates human activities from the shoreline’s dynamic processes is denying the shoreline the much-needed space for it to naturally evolve.”

“The continuous struggle for space between humans and the shoreline disturbs the equilibrium state of the coastal environment and accelerates changes in the coastal zones, which results in terrible consequences with environmental and economic implications,” he stressed.

She called on stakeholders to sensitise coastal communities and engage them in the fight against activities that posed a threat to the coastal zones.