Vice President, Dr Mahamudu Bawumia, has bemoaned the huge revenue loss in the petroleum sector due to illegal activities.

Dr Bawumia is concerned that “Illicit activities are estimated to cost the country over US$200 million per annum in the form of lost direct petroleum tax revenue, subsidies that do not get to the targeted constituencies and abuse in transport claims for transportation of petroleum products among others”. 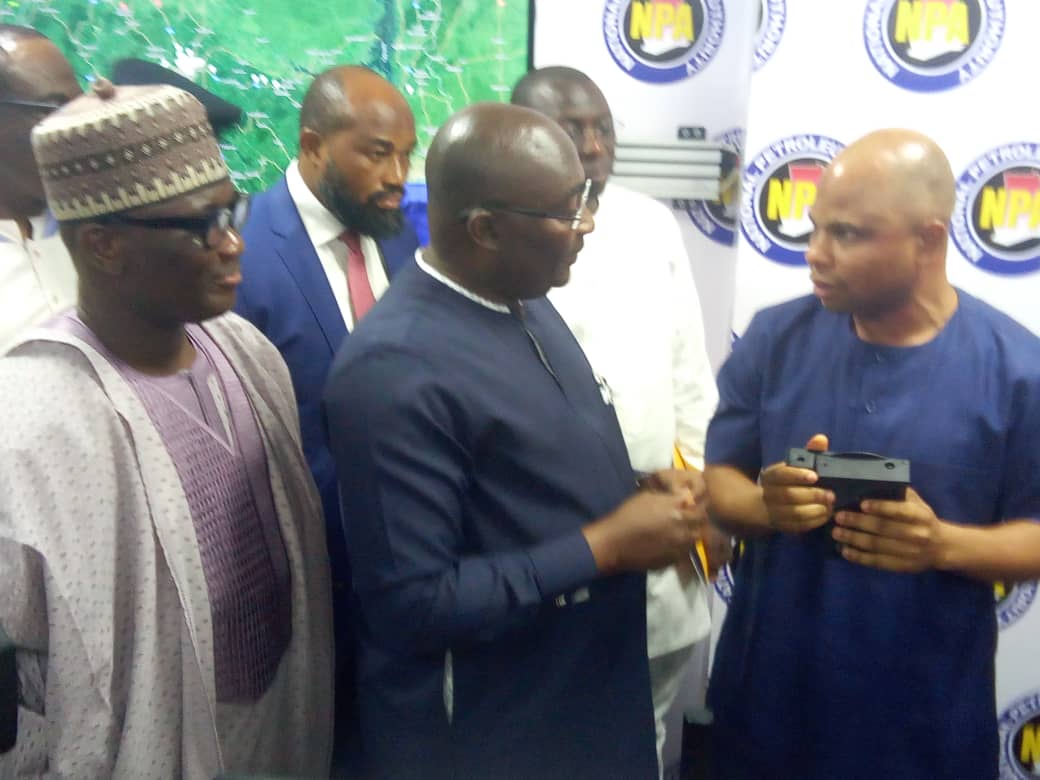 To deal with some of the challenges, the National Petroleum Authority (NPA) has introduced the Electronic Cargo Tracking System (ECTS) and a National Command Centre which was officially unveiled by Dr Bawumia at the head office of the NPA in Accra.

The Command and Control Centre will be used in the monitoring and tracking of Bulk Road Vehicles (BRV) across the country.

The state-of-the-art centre has computers, advance tracking and fleet management systems and other equipment installed to deal with the transportation challenges.

The tracking technology that powers the command centre was deployed with the aid of Ascent Solutions, a Singaporean company, and will be manned by an 80-team staff from Ghana.

Dr Bawumia, who was the special guest at the commissioning said the loses can significantly finance a portion of government ‘s Free Senior High School (SHS) programme.

Dr Bawumia highlighted the importance of efficient and effective petroleum products distribution system “to the economic growth of the country”.

He said the government is taking measures to ensure that the Bulk Oil Storage & Transportation Company Limited (BOST) is adequately resourced to lead the transformation of the petroleum product distribution system.

On his part, Executive Officer of the (NPA) says it was estimated that the revenue loss as a result of fraudulent practices amounted to about 12.3 per cent of annual freight paid.

“The estimated revenue loss in 2014 was then about GH¢43 million. This situation threatened the sustainability of the Fund,” he noted.

He explained that in times past transport service providers exploited the lack of capacity of the NPA to independently confirm the delivery of petroleum products to the retail outlets, and thus subjected the UPPF (the Fund) Fund to abuse through presenting false claims for costs incurred for the transportation of petroleum products.

“It was common then for service providers to present freight claims for delivery of petroleum products to distant locations in the northern parts of the country especially, while the products were delivered here in Accra,” he noted.