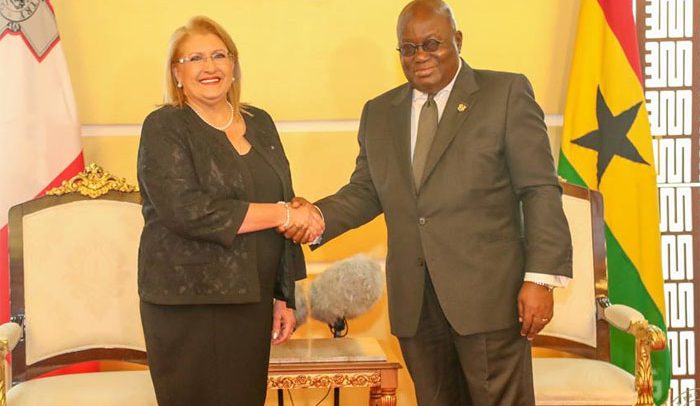 Malta and Ghana have signed a visa waiver deal on the sidelines of President Akufo-Addo’s visit to that country.

Both nations have also signed an Air Service agreement that will see the national airline of Malta flying directly to Ghana.

The direct flight would be the first of the Maltese carrier, Air Malta, to a Sub-Saharan nation.

The two nations also signed other agreements on the agreed minutes of the second meeting at the technical level on Ghana, Malta permanent joint commission on full bilateral cooperation, and double taxation.

There was also a Memorandum of Understanding on medicine, tourism and culture signed by both nations.

President Akufo Addo and his Maltese counterpart, Marie Louise Coleiro Preca, witnessed the signing ceremony at the Grand Master Palace in the city of Valletta.

Addressing a joint press conference after the ceremony, Mr. Akufo Addo said “the possibility that we are going to have Air Malta coming to Accra directly from here is also a very encouraging sign for us.”