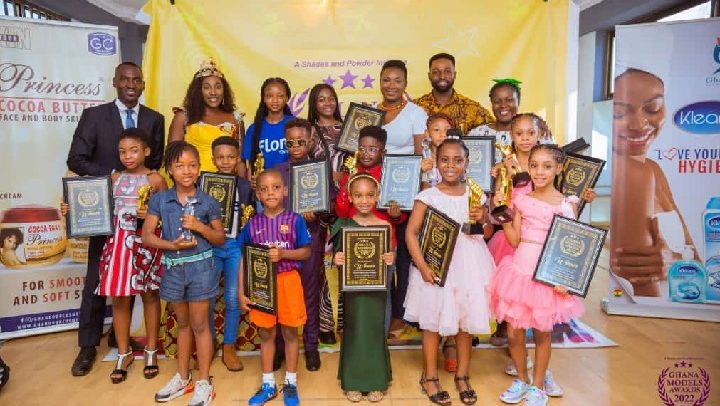 Several child models have won awards at the maiden edition of the Ghana Models Awards JUNIORS, held at The Burg in Accra on Saturday.

They were honoured for excelling in their modelling profession in the past year.

Winner of Ghana’s Most Beautiful 2021 Sarfoa Asamoah was the guest of honour for the award while actress Rabby Bray hosted the show.

Founder of the Ghana Models Awards JUNIORS Jerry Wonder Sampson in a speech said the award was aimed at expanding the modelling industry.

“By encouraging the younger ones into professional modelling, we are nursing new and promising talents to fill in the positions of the adult models when they exit. Also, we are drawing more attention to the profession and generating interest among many potential and this will gradually increase the players in the industry; and this is very good for modelling”, he indicated.