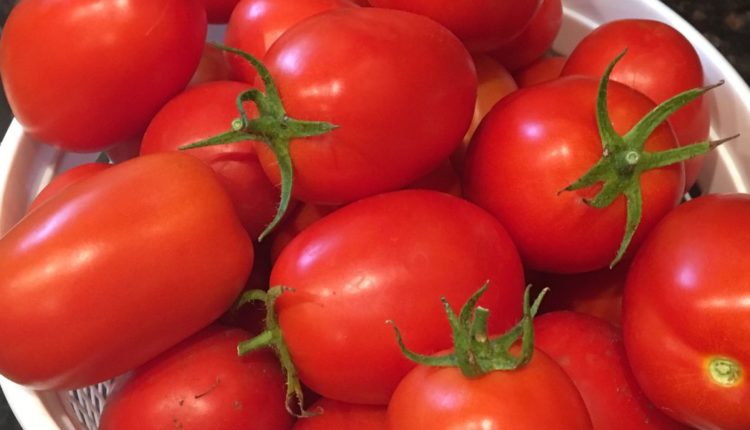 Ghana spends over US$100 million on tomatoes and onions annually

A study by Agency for Health and Food Security (AHEFS), a non-governmental organisation (NGO) has revealed that Ghana spends over US$100 million on the importation of vegetables annually.

The vegetables, mostly tomatoes and onions, according to the study, were mostly imported from the neighbouring Togo, Cote Côte d’Ivoire and Burkina Faso.

Speaking at a media briefing on the study for journalists in Accra on Monday, August 12, 2019, the Director of AHEFS, Mr Kwaku Asante, said the country needed a vegetable-specific agricultural policy to be able to meet its vegetable consumption needs.

He said it was sad that in spite of the fact that the country had better climatic conditions for vegetable production than many of the countries its imported vegetables from, it still could not produce the required vegetables it needed.

“We are not really producing enough of what we really need,” he said, pointing out that Ghanaian farmers were unable to produce enough of vegetables to feed the populace let alone producing for the factories for processing.

The study, which was funded by DANIDA, European Union, and USAID through the BUSAC Fund was titled: “Strengthening Agricultural Value Chain Economics for Sustainable Development (Saves); A Focus on Vegetables.”

According to Mr Asante, the country was unable to produce the vegetables it needed due to the absence of a vegetable-specific agricultural policy.

He explained that although the country had some good agricultural policies, the policies were not crop specific, hence making it difficult to achieve the desired results, when it came to production and other value-chain activities.

He said “non-specific agriculture policies have not helped in the sector.”

According to Mr Asante, countries such as China and Thailand had become key players in vegetable production globally due to their vegetable-specific agricultural policies.

He said the country could save a lot of monies on the vegetable importation if it introduced a vegetable-specific agricultural policies to help farmers.

Touching on the rationale for the research, Mr Asante said, the study was carried due to the huge potentials in the vegetable sector.

He has, therefore, suggested that agricultural value chain policies should be designed for specific crops and that project implementing partners should be properly trained and their responsibilities clearly defined to prevent role conflict and ensure proper coordination of various activities.

Mr Asante added that in future, stakeholder consultations prior to agricultural value chain policy designs should include interdisciplinary mix of experts from universities and other research institutions as well as civil society organisations (CSOs) and private sector actors.

Similarly, he called for a specific projects and investments strategies to deal with vegetable value chain challenges in the country.

He also expressed worry about the low vegetable consumption in the country, stressing that many people feared to consume vegetables produced in the country because of perceptions people had about the production process.

According to him, many vegetable farmers did not adhere to good farming practices, hence producing vegetable which were sometimes dangerous to consume.

He explained for instance that the excessive use of pesticides and other agronomic chemicals without recourse to standard practices regarding their uses posed great risk to consumers of such vegetables.