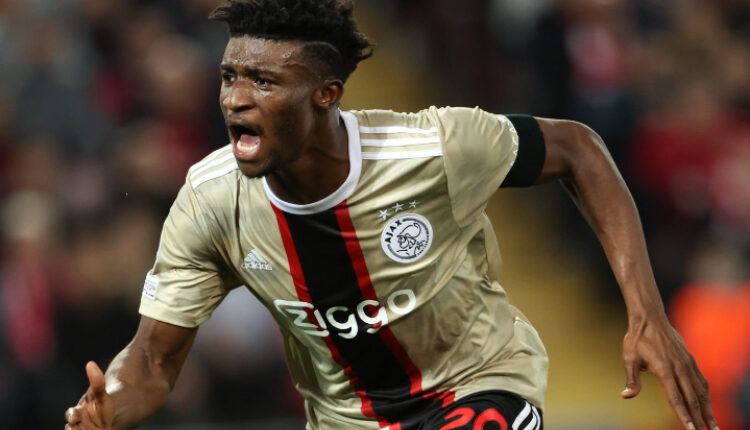 Ghana star, Mohammed Kudus has opened up on the reason behind his goal celebration.

The 22-year-old has been on fine form for Ajax in the Dutch Eredivisie in the ongoing season.

Kudus has so far scored six times in five games.

The former FC Nordsjaelland forward has a special ‘celebration’, where he keeps both arms crossed and clenches his fists.

This move comes from the Marvel superhero movie Black Panther and is the Ghanaian’s ‘Wakanda Forever Salute’.

“For me, it’s much more than just cheering for a goal,” he explains as reported by voetbalzone.nl.

“For me, it’s about all aspects of life at a time like this. Stick to what you believe in. That’s why I do it like this.

“Why I do that is because you get a lot of opinions and things like that. This is how you stop all that negativity that comes your way. It is a kind of protection, a sword that stops everything. That’s how I see it.”

Kudus has been named in Ghana’s squad for the pre-World Cup friendly games against Brazil and Nicaragua later this month in France and Spain respectively.

He is expected to team up with Black Stars teammates later today in Paris.