Ghana vs Nigeria: Where it went wrong for Black Stars

The performance of Otto Addo’s side in their 2022 World Cup qualifying playoff against the Super Eagles at Kumasi’s Baba Yara Sports Stadium on Friday is assessed. 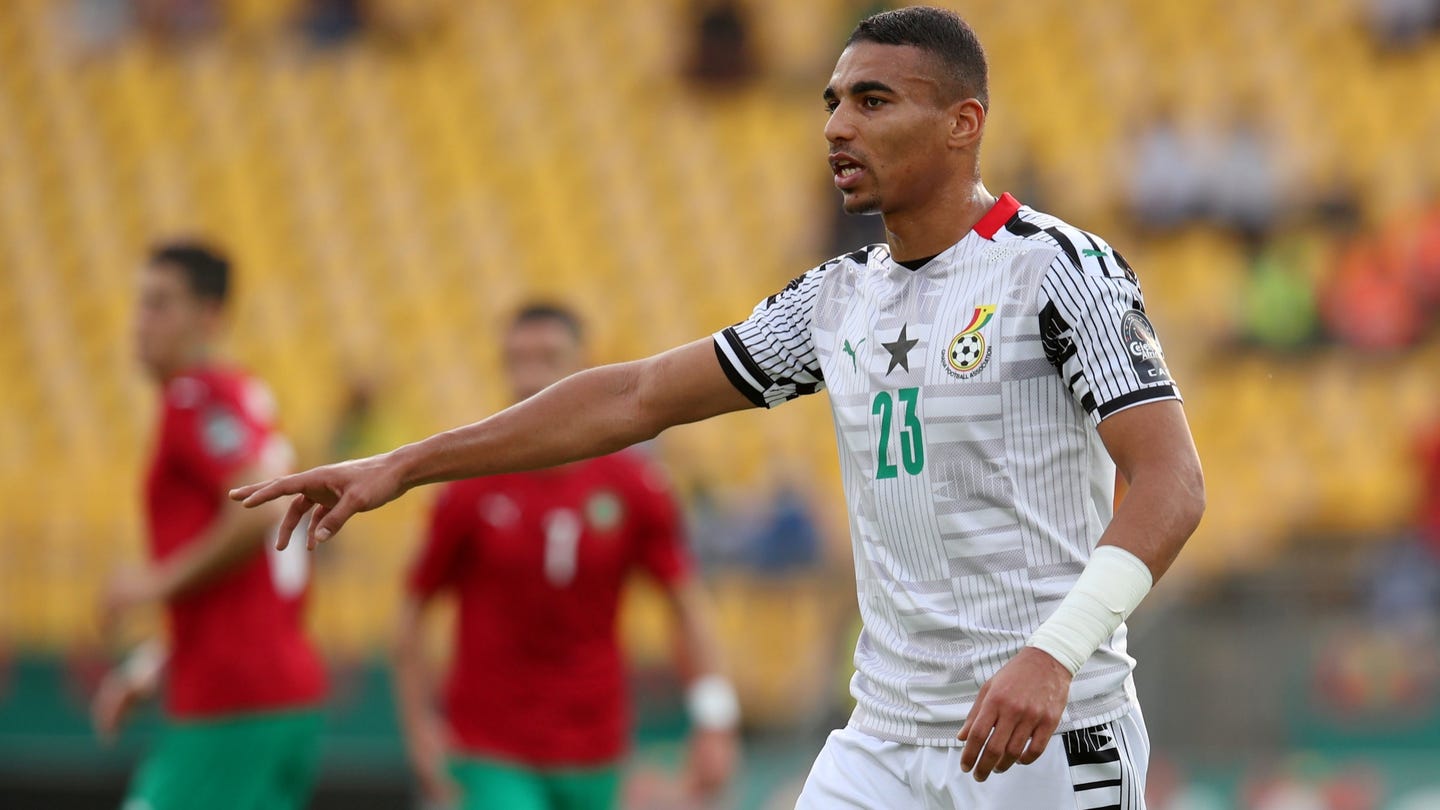 Centre-backs could have done more

At the post-match press conference, Ghana coach Otto Addo revealed his decision to drop defensive midfielder Iddrisu Baba from deep to between the two centre-backs for a periodic back-three system during play build-ups was one of his surprises to outwit Nigeria.

Considering neither Daniel Amartey nor Alexander Djiku is very comfortable with the ball at their feet to step into midfield areas, particularly under pressure, this tactical move appeared to be a good idea.

However, Baba is not exactly better with the ball at his feet under pressure, not adventurous enough in passing and sometimes received the ball with his back to the opposition. Indeed, one of such situations saw him commit a blunder which ultimately led to a penalty for Nigeria, only to be saved by the video assistant referee.

Just maybe, Addo could have given one of his central defenders the responsibility of starting the build-ups and occasionally stepping into midfield position to find his man for a pass. 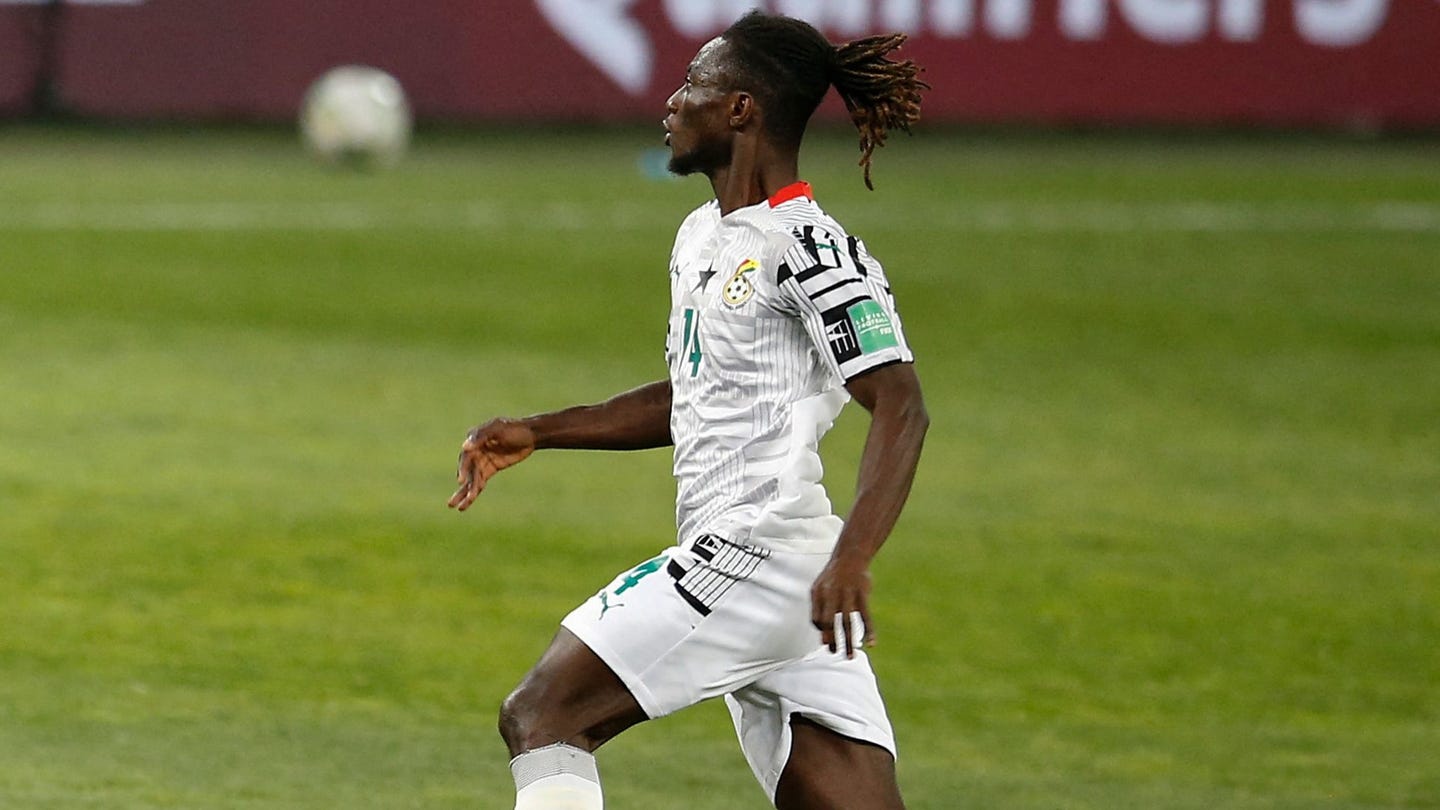 Ghana temporary movement into a three-back system resulted in Thomas Partey dropping deeper and more centrally to a No.6 role and Mohammed Kudus from No.10 to a No.8 position, while the two wingers (Abdul Fatawu Issahaku and Jordan Ayew) tucked in to more central areas in half spaces.

This opened up spaces on the flanks for the fullbacks to possibly bomb forward and provide width. Unfortunately, however, enough was not seen by the fullbacks for this attacking opportunity.

Just maybe, Denis Odoi and Gideon Mensah played under instruction to limit their forward movements, considering Nigeria’s threat from wide areas. For a game with a lot at stake and a lot to lose conceding at home, it was probably a good decision

But better movement by Ghana’s fullbacks could have troubled the Super Eagles more. 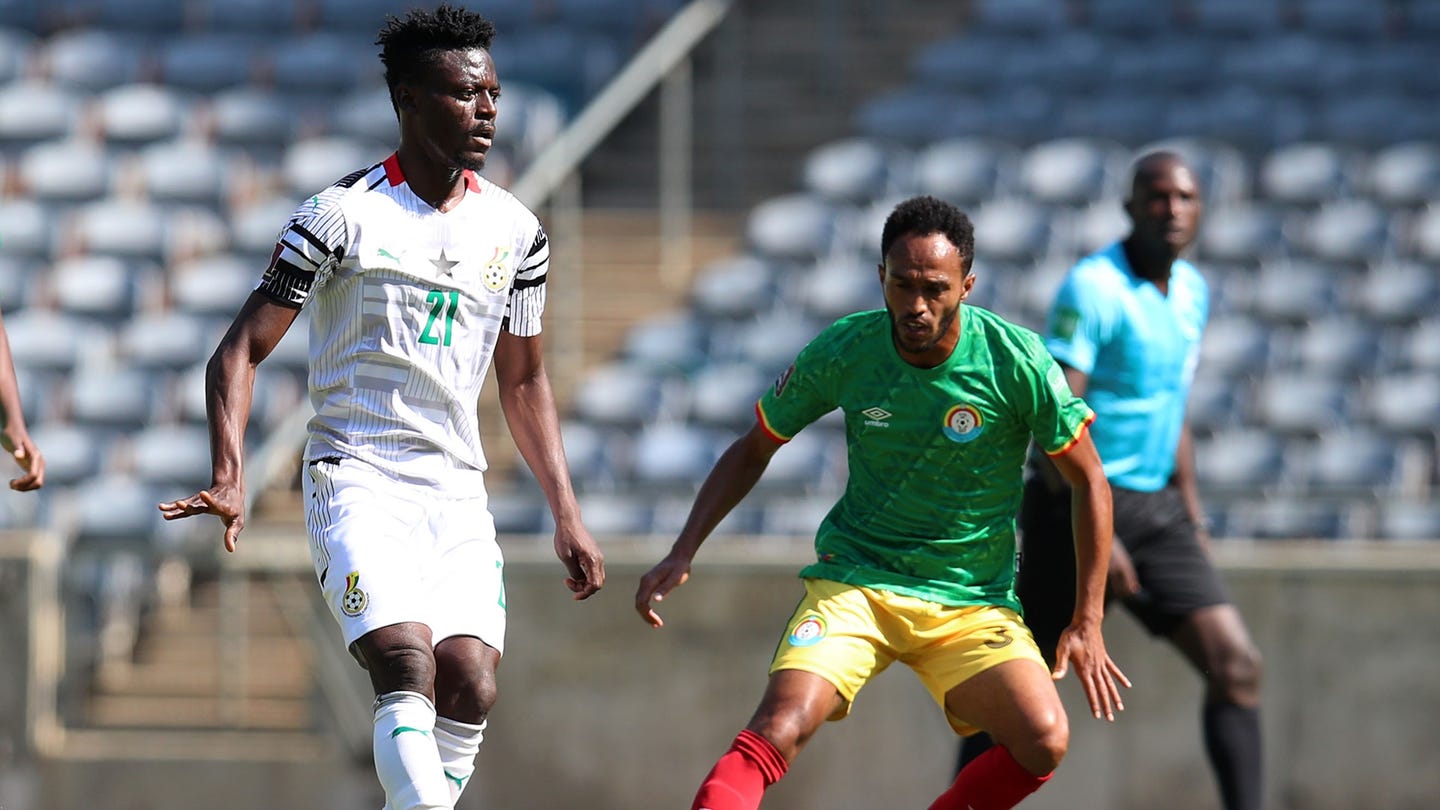 Iddrisu Baba’s deep movement resulted in a fascinating dynamic in midfield for Ghana as Partey and Kudus took up new positions whenever the system was under implementation.

This required a lot of Partey and Kudus’ mobility and tactical awareness to find the right spaces to operate and provide a passing outlet for Baba, who is noted for his ‘safe’ passing and lack of adventure, or rather skill, with line-breaking passes.

Partey, however, was unable to exert himself into the game and did not provide enough passing lines for Baba as he does to perfection at club level in ball progression for Arsenal.

Kudus has been lacking match fitness since returning from injury, and it was unsurprising that he was not seen in the game as much, particularly in the first half. Also, considering his injury problems over the last year or two, it was also not shocking that he was cautious about engaging in challenges. 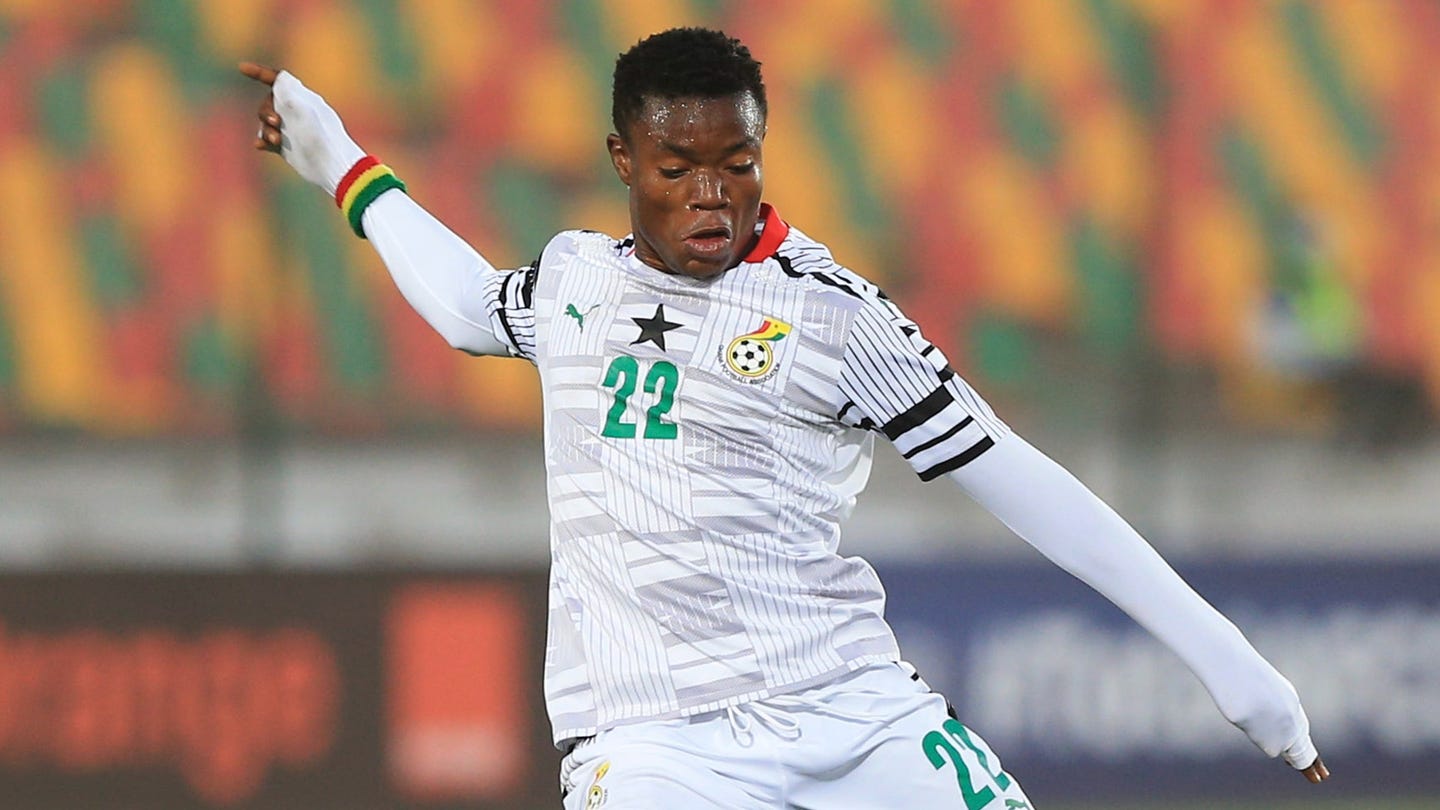 Wing men lost in the wild

Ghana’s wide men were perhaps the team’s weakest links in the game.

Ayew has been struggling to impress in Ghana colours for a while and young Issahaku just does not quite have it yet with his decision making and awareness.

The duo occupied the half-spaces during a lot of Ghana’s attacks, largely due to the defence-midfield-attacking dynamics, but appeared out of sync with their fullbacks who could have bombed forward to provide width or support down the flanks.

Again, Ayew and Issahaku were suspect in their decision making, especially on occasions when they came one-v-one with their men, mostly appeared lacking ideas, and failed to make late runs in behind their markers into the box to cause havoc for the Super Eagles.

Even dangerously, they were suspect in tracking the runs of their fullbacks Zaidu Sanusi and Ola Aina when Nigeria was on the attack, badly exposing Odoi and Mensah. 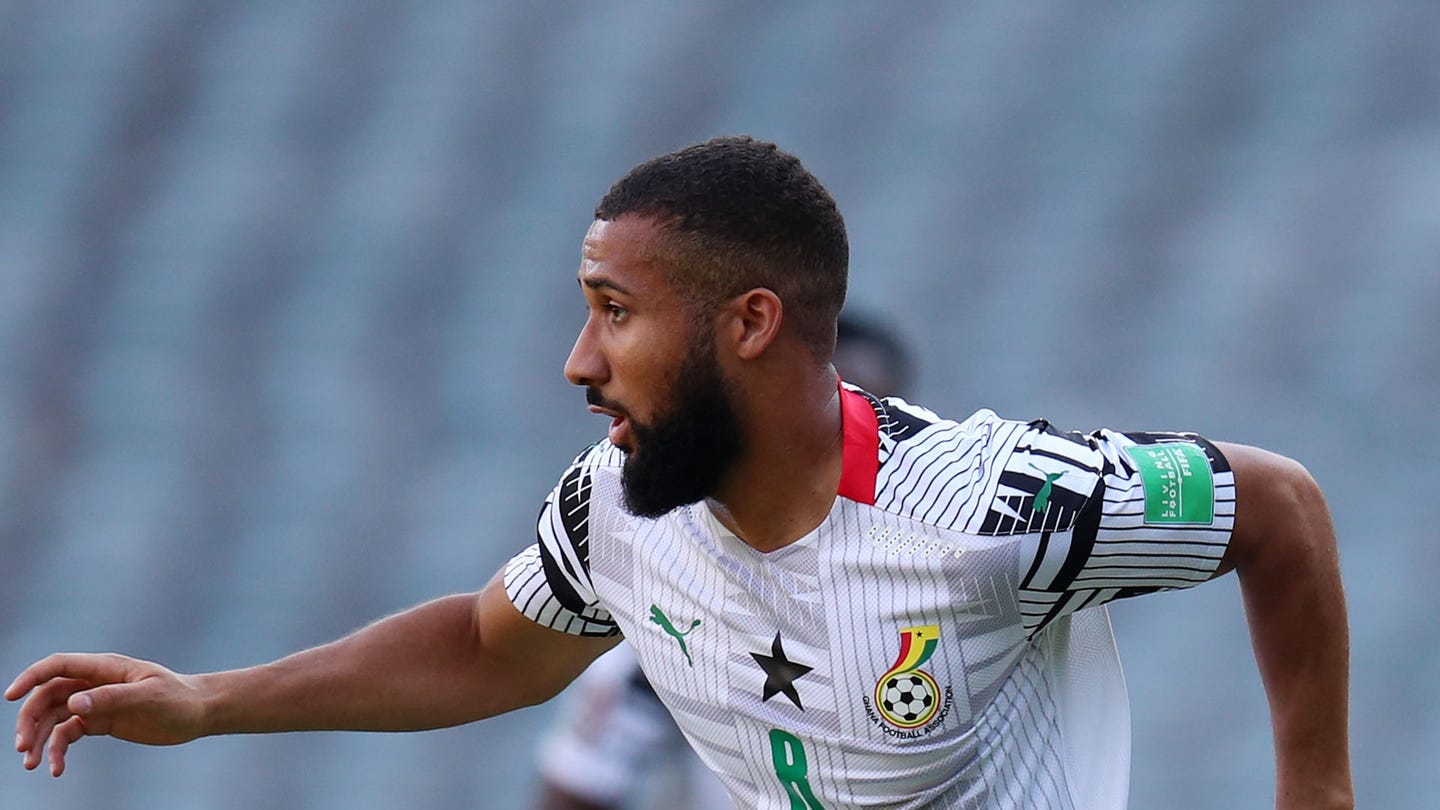 Just as they played in the first half, Ghana appeared tired about 25 minutes into the second half.

This brought Nigeria more into the game and it became quite evident that some fresh legs were needed on the Ghana side.

Addo, however, kept his substitutions late, making his first change only 11 minutes to full-time when Osman Bukari replaced Issahaku. This was followed by Daniel-Kofi Kyereh coming on for Afena-Gyan eight minutes to full time, and Kwasi Okyere-Wriedt replacing Ayew late in stoppage time.

Evidently, all three substitutes, even Okyere-Wriedt, had major moments to announce their presence. This has left many wondering how much more impact they possibly could have had had they had a bit more time in the game.