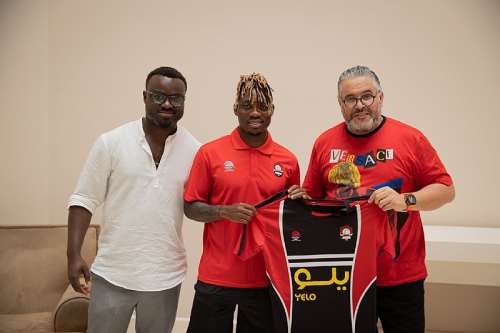 Atsu was released by Newcastle United at the end of the season after falling short at the club.

Atsu after an impressive season with FC Porto joined Chelsea but failed to break into the first team.

He was shipped out on loan and played for several clubs including Everton, Bournemouth and Malaga before Newcastle United captured him permanently.

Newcastle’s transfer was a reward for his impressive contribution to the club’s Premier League return in 2017.

Four years later, he parted ways with the Tyneside club after having been reduced to training with the U-23 team as the club did not include him in their squad for the league last season.

Atsu will be hoping to hit the grounds running Asia to be able to secure a place in CK Akonnor’s team ahead of the 2021 Africa Cup of Nations [Afcon] scheduled in Cameroon next year.