Ghanaian-British Animator Comfort Arthur says her triumph at the 2020 African Movie Academy Awards (AMAAs) is “not just a personal win” for her but for Ghana as well.

Her web series ‘I’m Living In Ghana, Get Me Out OF HERE’ – a comedic look at her experiences moving back to Ghana from London won ‘Best Animation Award’ at the annual awards show.

Arthur’s historic win is the first for Ghana in 16 years.

“Winning the award for Best Animation at the Africa Movie Academy awards comes as a massive shock. I did not think it would win as I have been nominated four times and each year missed out,” expressed Arthur exclusively to MuseAfrica.com.

“But this win is not just a personal win for me but also for Ghana as ‘ I’m living in Ghana get me out of here’ is the first animation to win in this category for Ghana.”

Arthur is also an editor, a graphic designer, a visual artist, a writer, and an actress.

She was the 1st runner up at the 2018 Kuenyehia Ghana contemporary Art prize for her ‘Naughty Nii’ installation.

Her animated short ‘The Peculiar Life of a Spider’ earned ‘Best Animation’ award nomination at the 2015 Ghana Movie Awards and The Africa Movie Academy Awards.

‘Black Barbie,’ a short film and poetry animation by Arthur featuring Ama K. Abebrese has been screened at over 40 film festivals.

She is also a 2017 Ghana UK Based Achievement (GUBA) Awards ‘Animator of the Year’ nominee.

Arthur is the founder of The Comfy Studio, a Ghana-based multimedia studio specializing in animation, illustration and comic art.

Arthur has a Bachelor’s Degree in Graphic Design from Central St Martins, University of the Arts London and a Master’s Degree in Animation from the Royal College of Arts in London. 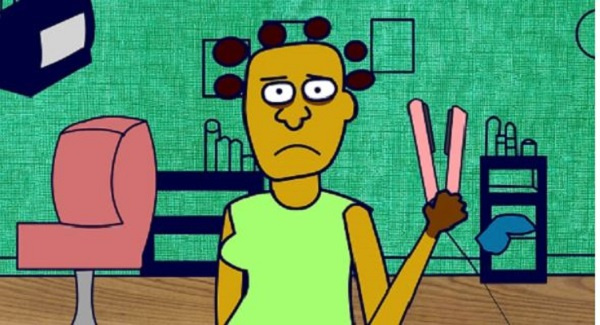 US rapper wanted in Atlanta for suspected murder

Shakira sells music rights to all her songs