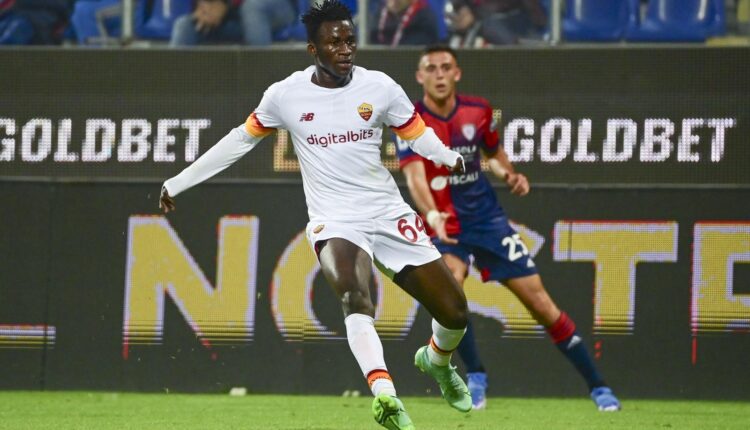 Ghanaian youngster Felix Ohene Afena-Gyan made his Serie A debut for AS Roma in their comeback win over Cagliari Calcio on Wednesday evening.

The game ended in a 1-2 away triumph over Cagliari at the Stade de Unipol Domus in week 10 of the Italian Serie A.

The 18-year-old versatile forward was introduced into the game in the 57th minute to replace Matías Vina when Roma was down by a lone goal.

The home side broke the deadlock of the game on the 52nd minute through Leonardo Pavoletti but goals from Roger Ibabez and Lorenzo Pellegrini ensured the Giallorossis emerged victorious in the end.

Afena-Gyan was called to join the first team by Jose Mourinho after a sensational display for the AS Roma U-19 where he scored six goals in five matches and emerged as one of the inform players in the Italian Primavera.

He gave a good account of himself for the Yellow and Reds in his first senior Roma appearance and could be a constant feature.