Although Ghanaians are willing to pay taxes, most do not know how the government uses the revenue generated, an Afrobarometer survey has shown.

According to the report, majority of the respondents said it was difficult to determine the taxes they were supposed to pay (61%) and how the government used tax revenues (70%).

This report comes on the back of the newly introduced taxes by the government. 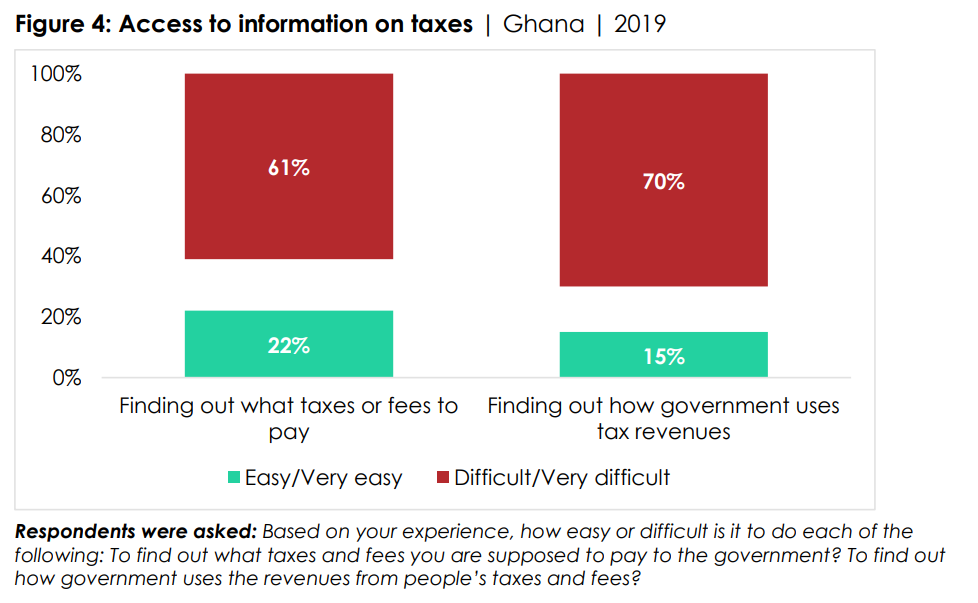 The report released by the Ghana Center for Democratic Development (CDD),  dated April 9, 2021, noted that Ghanaians endorse taxation and are willing to pay to support the country’s development.

It also established that many citizens express mistrust of tax authorities and see widespread corruption among tax officials.

Eight out of 10 citizens, representing 79 per cent, said tax authorities have the right to collect taxes. 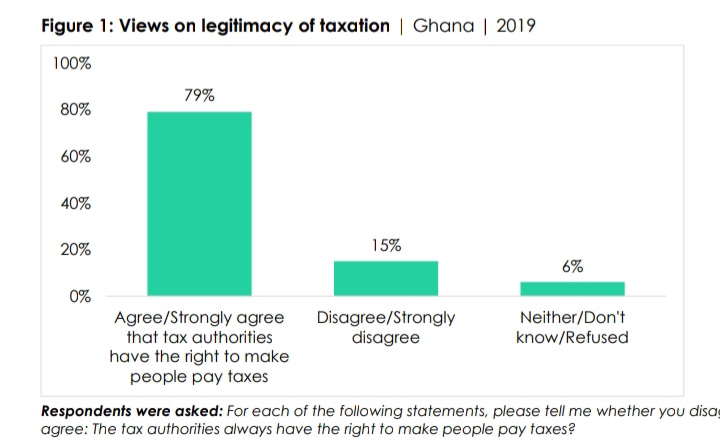 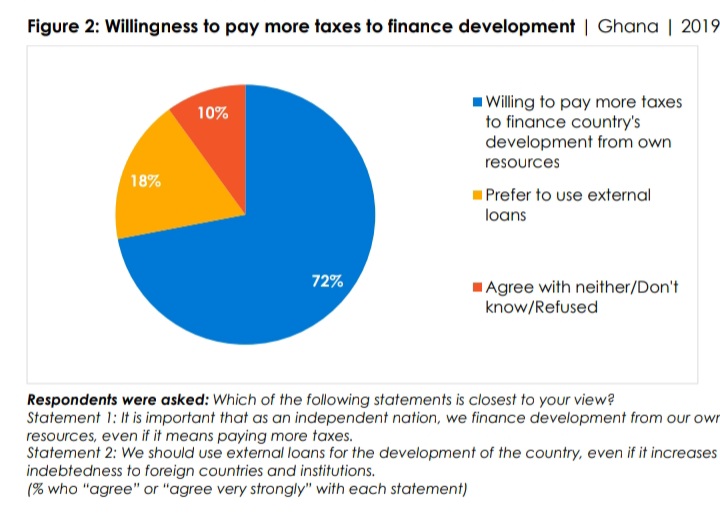 Other key findings of the report include:

A large majority (72%) are willing to pay more in taxes to help finance the country’s development from domestic resources rather than through external loans.

Citizens who think the government is doing a good job of improving basic health services, addressing educational needs, providing water and sanitation services, maintaining roads and bridges, and providing a reliable supply of electricity are 6-8 percentage points more likely to endorse its right to collect taxes. 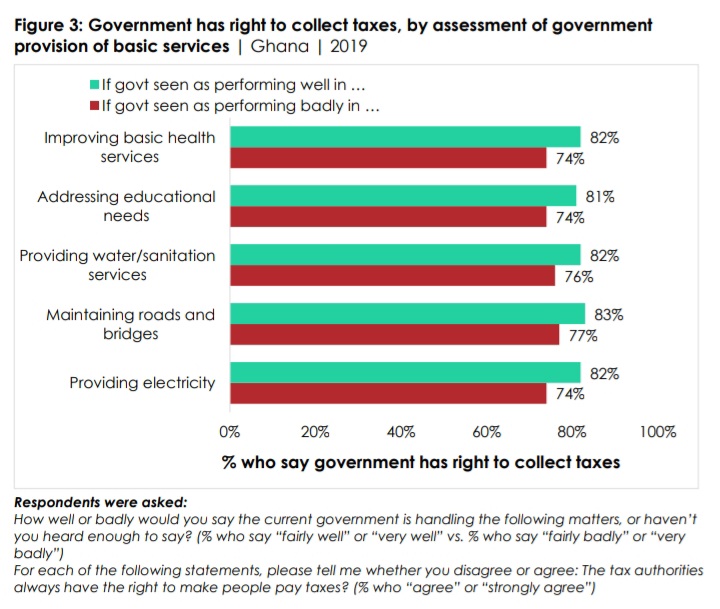 Afrobarometer is a pan-African, nonpartisan survey research network that provides reliable data on Africans’ experiences and evaluations of democracy, governance, and quality of life.

Round 8 surveys in 2019/2021 are currently underway. Afrobarometer conducts face-to-face interviews in the language of the respondent’s choice with nationally representative samples.

The Afrobarometer team in Ghana, led by the Ghana Center for Democratic Development (CDD-Ghana), interviewed 2,400 adult Ghanaians between 16 September and 3 October 2019.

The government wants to spend GHȻ 111.3 billion as total expenditures while expecting total revenues and grants of GHȻ 72.1 billion for the year.

The 2021 budget was dominated by taxes and levies meant to shore up revenue for 2021, considering the adverse impact of the COVID-19 pandemic.

At least six taxes are on the table, which includes:

What did the Finance Minister say about the new taxes

Finance Minister Ken Ofori-Atta justified the need to introduce new taxes when Ghanaians are coping with the negative impact of the novel coronavirus.

Responding to a question from Parliament’s Appointments Committee on March 25, 2021, Mr Ofori-Atta said Ghanaians needed to learn to share the burden.

“I think the question of taxes can be an independent question. We have proposed a number of taxes that would affect petroleum which will lead to revenue for the Energy sector.

“We also have a huge sanitation problem, and I think that is a health hazard for the days. We are moving forward, and there is a battle cry for us to join hands towards growth and transformation.

“We need to create a society that we share the opportunities as we grow and also be able to share the burden,” he said referring to the “ WƆN YA WƆ HIƐƐ ” budget which the government has designed for consolidation, completion and continuation.