Former Ghanaian President John Mahama wants his third run at the presidency to be a verdict on the economy. His track record may weaken his case.

Campaigning in Ghana is underway with 10 months to go before an election in December in which Mahama will lead the National Democratic Congress’s attempt to wrest back the power it ceded to President Nana Akufo-Addo and the New Patriotic Party in 2016. 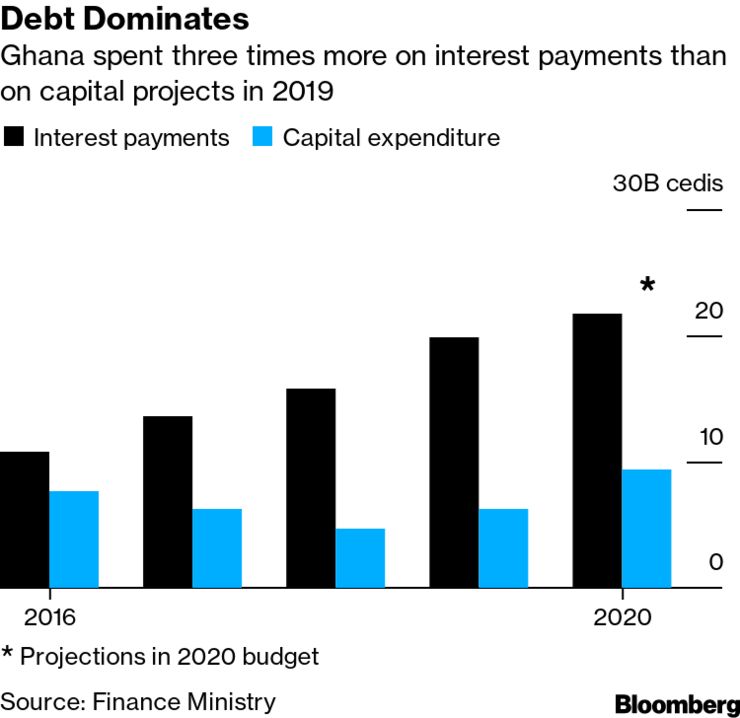 With neither party drawing its support from specific socio-economic groups, elections are mostly contested on pledges of good governance and improving living standards.

On the economy, Akufo-Addo has a strong hand to play. In a country where gold and cocoa production has dominated exports for decades, the output from new oil fields steered economic growth to 6.3% or more over the past three years. Inflation has slowed to single digits for the first time since 2012 and the cedi had its most stable spell in more than a decade.

Under Mahama’s watch, crippling power blackouts shuttered factories and growth slowed to the weakest pace in three decades. At the same time, the cedi’s value against the dollar more than halved, while ballooning debt forced the government to ask the International Monetary Fund for an almost $1-billion bailout.

“When individuals and businesses start looking at the quality of their lives under the NDC and NPP, I think they will agree that their lives were better under the NDC,” he said in an interview at his party’s headquarters in the capital, Accra.

Little infrastructure development is taking place under Akufo-Addo’s administration, while roads are deteriorating, he said. The NDC built hospitals, roads and other critical projects with a fraction of the oil income that the current ruling party had at its disposal.

A poll published by research company Afrobarometer in November suggests Mahama may have a point about voter dissatisfaction. Despite the economic gains under Akufo-Addo, 59% of Ghanaians say the country “is going in the wrong direction,” while a majority says the government isn’t doing enough to curb inequality.

Ghana’s debt position is also deteriorating under the NPP, said Mahama. Debt probably reached 63% of gross domestic product at the end of last year, compared with 59% in January 2019, according to the IMF.

“I think debt-to-GDP of between 53% and 55% is good and sustainable,” he said. To finance infrastructure, an NDC government will require state-owned enterprises to borrow against their own balance sheets and payback building costs, lessening the burden on the state.

Mahama also pledged to review the central bank’s overhaul of the financial sector that so far cost the government 16.4 billion cedis ($3 billion), saying the cleanup was unnecessarily drastic and expensive. Among the lenders closed during the cleanup was Unibank Ghana Ltd., one of the biggest local banks and founded by Kwabena Duffuor, a former finance minister who served from 2009-2013 in an NDC-led government.

“Some banks were not in distress, but were closed down because the government didn’t like the political colouration of the owners,” he said. “We will investigate every single case.”

While Ghana’s electoral commission hasn’t officially announced an election date yet, it will probably be held Dec. 7.

A victory for the NDC isn’t impossible, but Akufo-Addo’s strong growth record gives him the advantage in the polls, the Economist Intelligence Unit said in a Jan. 31 report.

“It will be difficult for the NDC under Mr Mahama to portray itself as the better custodian of Ghana’s economy,” it said. However, if the NDC can present a coherent opposition and hold the NPP to account on unfulfilled promises, “the elections could be closely contested.”