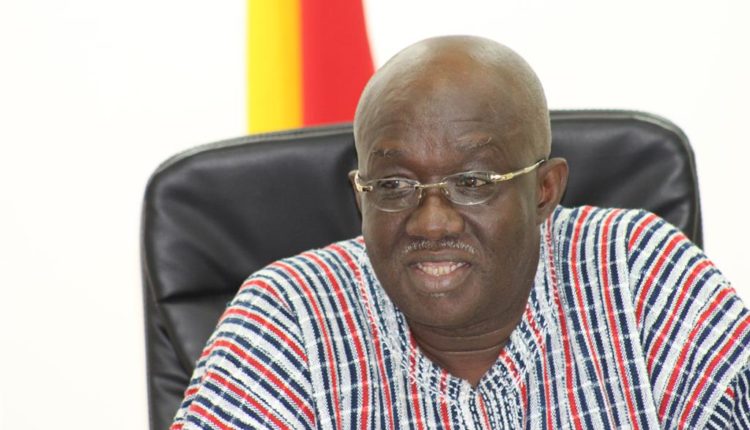 The Ministry of Aviation has indicated that the Wa Regional Airport would be opened for commercial flights by Africa World Airlines (AWA) in October adding that measures have been put in place to promote seamless air travel and connectivity within the country.

The project, which includes a 2,000-meter long and 45 meter-wide runway, a terminal building, airside (runway and apron, among others) will commence operations on 15th October, 2019.

According to the Ministry, the commencement of commercial flight operations to the Wa Regional Airport is due to the successful testing and confirmation of the Pavement Condition Number (PCN) of the runway and other facilities that meet international standards of safety.

The Minister for Aviation, Joseph Kofi Adda, in a signed statement noted “This forms part of government’s pledge to encourage and support local airlines and entrepreneurs to set up strong private airlines that can fully utilize all the nations route rights in line with government’s vision to replicate same in other regional airports.

“This initiative will promote economic and commercial activities between the Upper West Region and the various regional capitals in the country,” he added.

The Minister is assuring the general public that the Akufo-Addo led administration is committed to assisting local airlines to replicate same in other Regional Airports.

Find below the press release from the Ministry 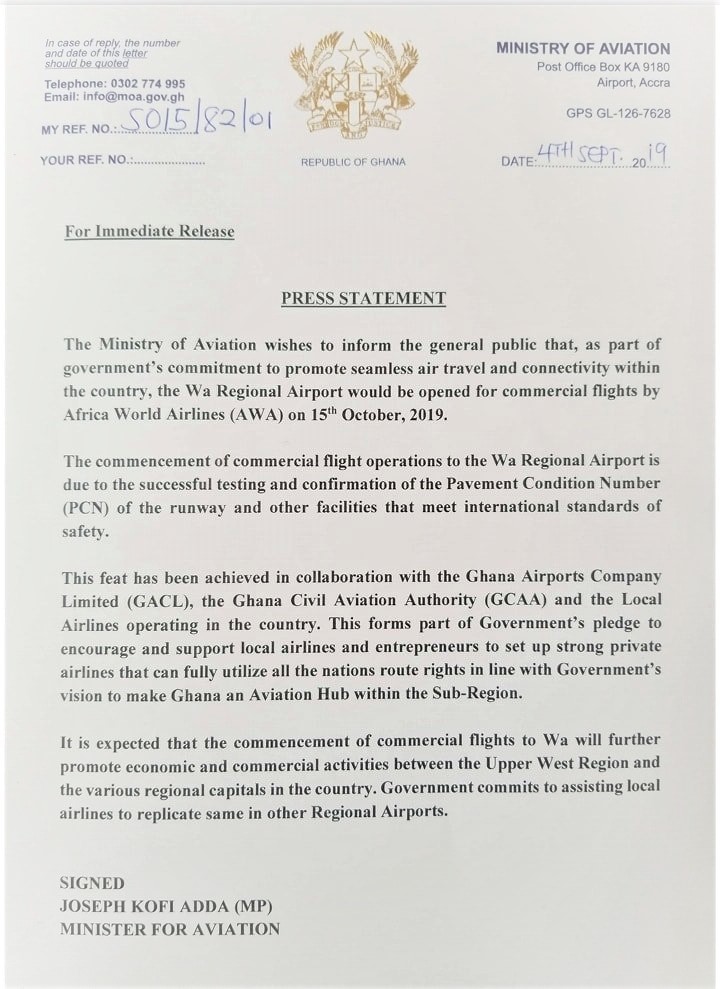