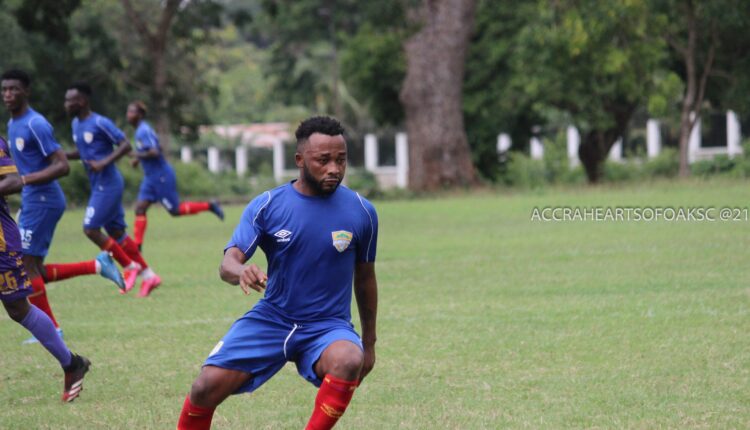 Gladson Awako has been pictured in Hearts of Oak training for the first time since September to end speculation about his future.

The midfielder joined the first-team training on Wednesday having trained with the youth side, Auroras, on Tuesday after ending his unsanctioned break.

Awako promised to return to training following a meeting with Teshie Youth chief Original Nii Martey Laryea I on Monday.

The midfielder quit training with the Phobians in September and thought about leaving barely two weeks after completing the move.