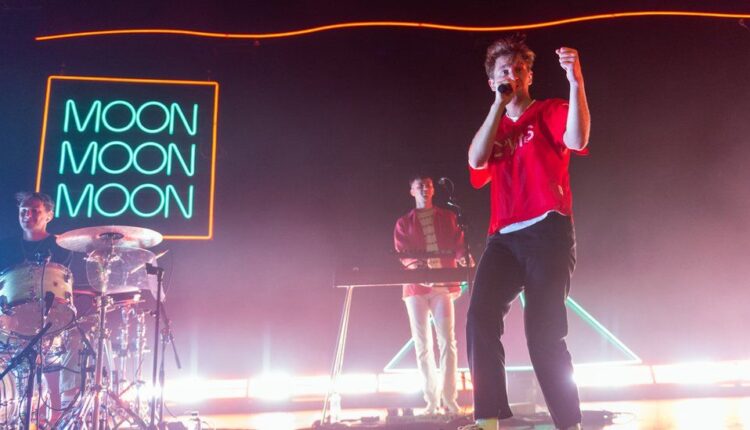 UK band Glass Animals have set a new US chart record, with their slow-burning indie hit Heat Waves reaching the top 10 after 42 weeks in the top 100.

The Oxford band, who were nominated for the Mercury Prize in 2017, have beaten Carrie Underwood’s previous record for the longest run to the top 10.

Her track, Before He Cheats, took 38 weeks to reach that position in 2007.

Heat Waves continued its slow-but-steady rise from number 13 to the 10th spot on this week’s Billboard Hot 100.

It was streamed more than 15 million times in the US last week and was heard by more than 30 million radio listeners.

The song, which was originally released as a single in June 2020, first snuck into the US singles chart in 100th place this January.

The track has had a similar gradual trajectory in the UK, where it reached the top five for the first time last month after 40 weeks in the top 75. It has also topped the Australian chart.

Its tortoise-like rise to mainstream success is thanks in part to a surge of interest on TikTok this summer when users, including the band themselves, posted videos attached to the song’s refrain “All I think about is you”.

Back in April, BBC music correspondent Mark Savage described the “woozy” track as “a dreamy reflection on missing a friend” and “the ultimate sleeper hit”.

According to Republic Records, Heat Waves is now the most successful song of the year around the world by a contemporary British band.

Most weeks ever to reach the US top 10:

Heat Waves featured on the band’s third album Dreamland. They have since released four more singles – but none has caught on in the same way.

Speaking at the Web Summit in Lisbon last week, TikTok’s global head of music Ole Obermann said bands and labels should not be precious about which songs – back catalogue or new material – catch fire at what time in this streaming and social media age.

“If the community on TikTok is way more focused on something else, my advice is chase that like crazy and get behind that and let that have a second life,” he told the BBC.

“Eventually we’ll get to the big new song and it will find its place as well, but seize the moment of what’s actually organically happening on TikTok and chase that.”

Frontman Dave Bayley, who wrote and produced the grower, told the BBC it had its genesis as far back as May 2018.

“We were winding down from touring our second album and I hired a studio in north London called The Church,” he explained in April.

“I was in the little basement room, which used to be the kitchen – and I’ve recently found out that’s where Bob Dylan used to sit and write. He only wanted to be in the kitchen, apparently.

“Anyway, I spent all day there… but I was fishing and catching rubbish. At the end of the day, I was ready to go home, but I just picked up a guitar to try one more time, and I just played those chords.”