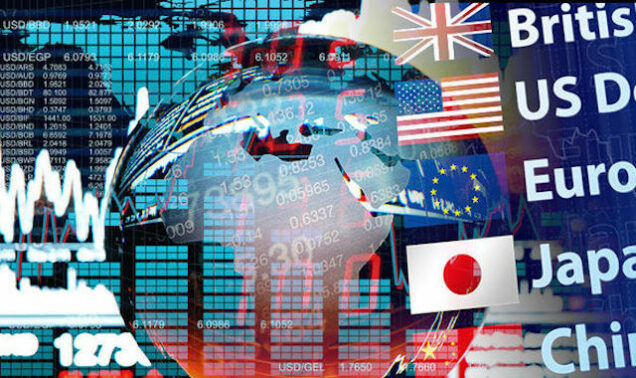 The global economy could be hurtling toward one of the sharpest slowdowns in recent memory, the International Monetary Fund (IMF) warned today.

A full shut-off of Russian gas flows to Europe and more upside inflation shocks would plunge growth into among the worst brackets since the 1970s.

The global economic watchdog said if existing headwinds intensify, expansion will drop to 2.6 percent and two percent in 2023 respectively, “putting growth in the bottom 10 percent of outcomes since 1970”.

In the organization’s most likely scenario, expansion is healthier, but the IMF said the likelihood of its gloomy forecast materializing is much stronger than usual.

The UK will squeeze out the weakest growth of any G7 nation next year, slumping to just 0.5 percent, meaning a recession in 2023 is almost certain.

Just at the beginning of 2022, Britain was forecast to post a similar expansion to Germany next year.

However, scorching inflation, driven by imbalances in the jobs market, higher energy prices, and ongoing Covid-19 trade disruption, has crippled the country’s economy.

The UK also has the highest inflation rate of any rich country, climbing to a 40-year high of 9.4 percent. It is expected to hit 12 percent in October, six times the Bank of England’s two percent target when another hike to energy bills lands.

That surge in living costs is eroding households’ living standards at the worst rate since records began, igniting fears the UK will tip into recession soon.

The Bank, and the world’s other top central banks, need to “stay the course until inflation is tamed,” Pierre-Olivier Gourinchas, the IMF’s chief economist, said.

“Tighter monetary policy will inevitably have real economic costs, but delay will only exacerbate them,” he added.

Governor Andrew Bailey and co are expected next Thursday to launch the biggest rate hike since the Bank was made independent 25 years ago.

They have already lifted rates five times in a row to a 13-year high of 1.25 percent.