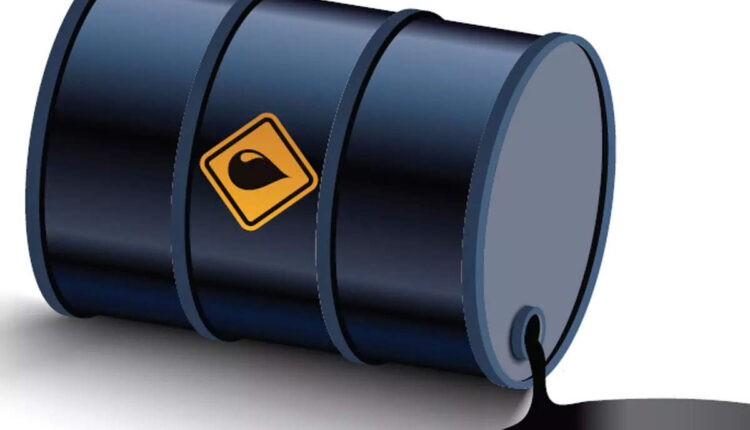 Global share markets fell on Tuesday as oil prices climbed yet further, driven by the United States banning Russian oil and other energy imports over Moscow’s invasion of Ukraine.

US President Joe Biden made the announcement on Tuesday, while Britain said it would phase out imports of Russian oil and oil products by the end of 2022.

Russia, which ships 7 million to 8 million barrels per day of crude and fuel to global markets, has been the target of Western sanctions since its invasion of Ukraine on February 24.

Russia calls its actions a “special operation,” and it said earlier this week that prices could surge to $300 a barrel and it could close the main gas pipeline to Germany if the West blocked its oil exports.

“Given Europe’s relatively high dependence on energy supplies from Russia, such a move, if it materialises, would have major economic and geopolitical ramifications,” he said.

The news added to volatility in the markets and stoked fears of inflation rising as European and other economies cooled.

Solita Marcelli, chief investment officer in the Americas for UBS’s wealth management arm, said the increase in oil prices over the past week – the second biggest jump in 30 years – is likely to stick, causing continued market volatility.

“The Russia-Ukraine war has driven oil prices up faster than we previously expected, but we continue to see a tight supply-demand balance for crude oil globally, even if the hostilities end and the geopolitical risk premium attached to crude declines,” Marcelli said.

Gold extended its rally towards a record high on Tuesday, after investors made a beeline for the traditional safe-haven metal on mounting fears around the Russia-Ukraine crisis. Prices of spot gold rose 2.6% to $2 049.31 an ounce.

The London Metal Exchange (LME) halted nickel trading on Tuesday after prices doubled in just hours to a record $100 000 per ton, fueled by a race to cover short positions.

UBS Global Wealth Management recommended a neutral stance on equities and advised clients to hold commodities, energy stocks and the dollar as portfolio hedges in the short term.

The rally in oil and other commodities has heightened investor fears about global inflation. Data this week is expected to show the US consumer price index climbed a stratospheric 7.9% on a year-on-year basis in February, up from 7.5% in January. Read full story