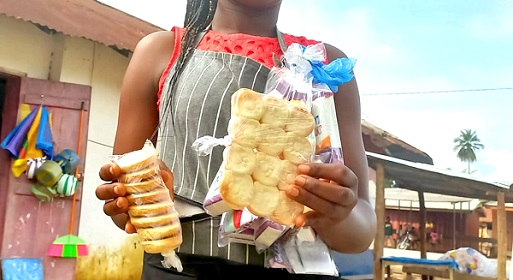 Agbozume Kpornor or “Ayigbe Biscuit” transcends borders and has become of the local favourite of, especially, travellers and their eager recipients back home.

It takes a few hard bites and a grinding crunch to enjoy this flavourful pastry from the Volta Region.

The clay-baked nutty flavoured biscuit has two varieties differentiated by their textures.

It is made indigenously from flour derived from cassava starch and coconut cream, with variety of spices, which could include aniseed, nutmeg and sugar and salt to taste.

The ingredients are thoroughly mixed into a workable dough, rolled into preferred sizes, which are then placed onto a baking sheet and subsequently stamped with a uniquely designed pattern using a device exclusive only to ‘Ayigbe biscuit’.

The biscuits are then baked in an extremely heated clay oven for about 30 minutes, cooled off before being packaged for sale. 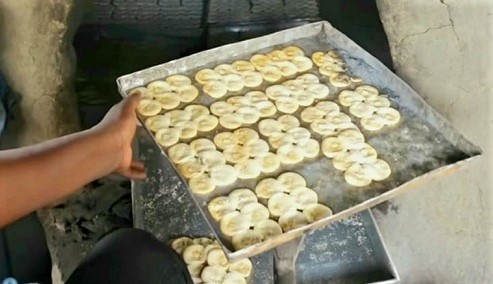 Enjoying this delicacy does not only afford one with a much needed jaw or facial exercise but also contributes to the sustenance of the bakers.

It is not uncommon to see various lorry terminals across the region flooded with the delicacy.

Lorry stations such as the Ho lorry terminal are some of the most popular places to sight an Akpornor seller.

Travellers like Prince Afari indicated that buying and gifting the pastry was a must in his household back home in Accra. 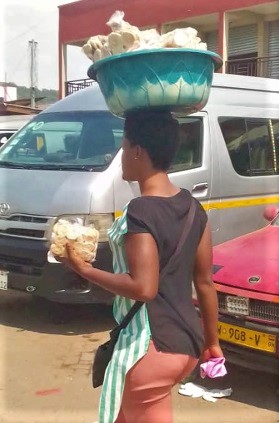 His preference for Akpornor over other pastries, he said, was due to its coconut flavour and texture.

Agbozume Kpornor is mostly produced on a small scale based on demand because it usually serves as an occasional tasty treat in households.

Forty-three-year-old Paulina Dzebe, who has been in the business since her teenage years, said the trade was passed down to her through generations.

The business, she said, had yielded some economic rewards, just enough for the sustenance of her family.