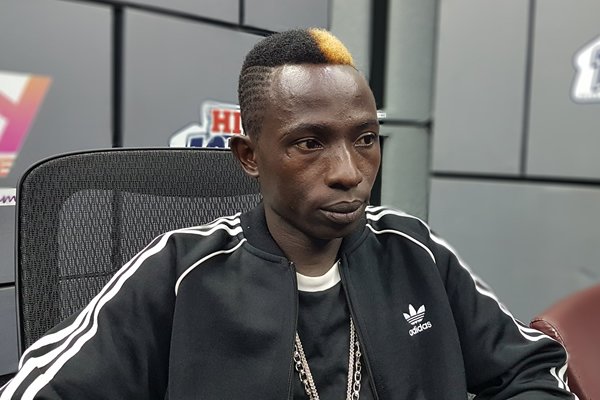 GMA UK: I pick up Pounds on stage because they were mine – Patapaa

Musician, Patapaa recently caused a major social media storm after he paused during a performance to pick up monies that were thrown at him on stage.

The Swedru-based artiste picked up the Pounds while performing at this year’s Ghana Music Awards UK, on October 6.

The ‘One Corner’ hitmaker, whose song was adjudged ‘Popular Song of the Year’, even though he didn’t disappoint on the night, the act of picking the notes on stage became the major talking point of his performance.

Commenting on the issue in an interview on Daybreak Hitz on Hitz FM with Andy Dosty on Tuesday, Patapaa said he picked up the monies because they were his.

He said the money belongs to him and more importantly the monies that were thrown at him were British Pounds which he couldn’t afford to let go.

Patapaa said he didn’t want to repeat the mistakes he made at this year’s Ghana Meets Naija concert where people picked up most of the cash thrown at him during his performance.

“We came there to make money,” he stressed and said if one decides to be shy on such occasions, he or she won’t make any money.

Watch the video below for more: