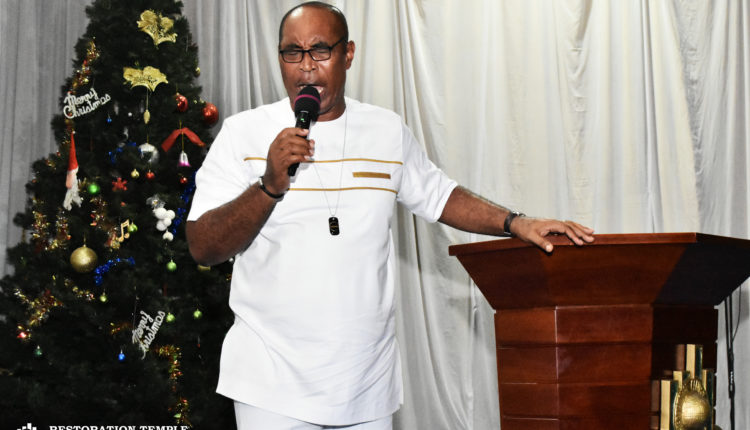 2019 was a difficult year. At least that was the refrain. But in the midst of all that God came through in the most gratifying way for many.

For members of the Restoration Temple of the International Central Gospel Church (ICGC), Osu, led by Rev Ashford Tawiah Smith, it was an overflow of God’s blessings which manifested in many significant ways.

On the last night of the decade, the Crossover night 2019, there was no better place to be, no better quality time to share than in the presence of the Lord.

The auditorium was filled to the brim by regular members of the church and the irregular, all beaming with smiles, glittering in white and waving handkerchiefs in gratitude to God for watching over them, throughout the year.

And when the time came for testimonies, members were in awe, humbled by God’s interventions expressed through many manifest forms. 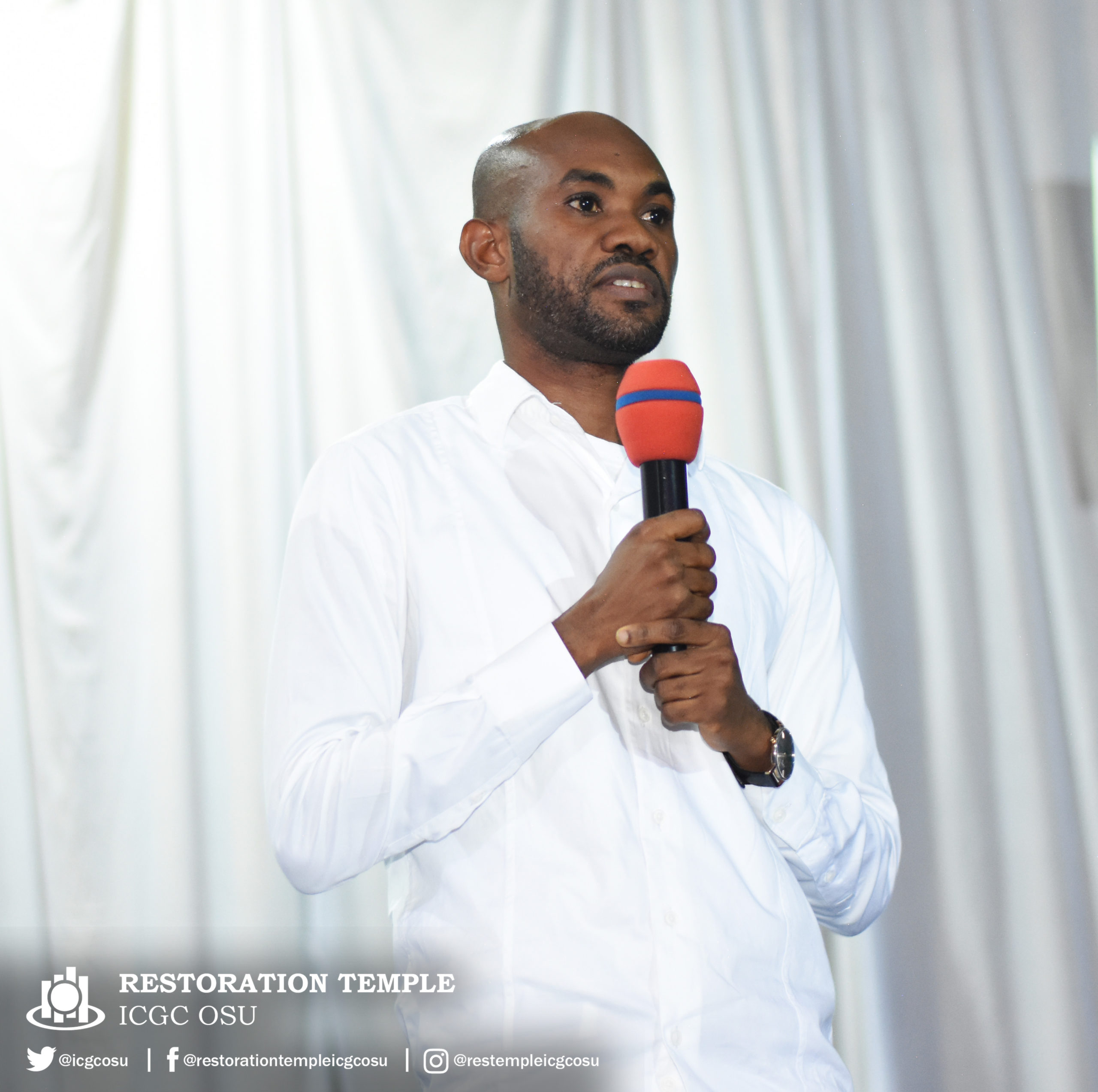 Abdul Rashid Baah was born a Muslim, a devout practitioner. But in the year ending the decade, he experienced his own Day of Pentecost, after riveting revelations through dreams and an edifying encounter which made him accept Christ.

And this came after months of confusion of thoughts, conviction by the Holy Spirit, and the intervening counsel and prayers from friends, pastors including Prophet Yaw and Annor and Rev Ashford Smith.

“…February 2019, the beginning of the end came. I had a dream one night. In the dream, I found myself in a church. Everyone there was in white clothes. There was great joy when they saw me. “Rashid is here” was the chant and shouts amidst claps. The leader called for a bowl of water. My feet and hands were washed. “Welcome” was the message that followed. Amongst the people, only one person I could recognize, one of my mum’s sisters,” Rashid shared.

It was not Rashid alone. Other members received healing after they were hospitalized for months, having depended on oxygen for survival. God came through in mysterious ways. Another had a potentially fatal accident while riding on the back of a motorbike but somehow God came through for him.

If God has been faithful, it was fitting for the faithful to worship and praise him in all his glory and this the Church did with such awesome magnificence.

The Restoration Praise Choir led the praise, members of the choreography team, Inspire, followed with a dance, carrying the congregation along in one buoyant feast of praise.

The atmosphere was set. Puffy eyes had been shaken off, spirits were awoken, hearts of men, women and children had been prepared for the word, the last for 2019.

Rev Ashford Tawiah Smith was in his elements. Practical! Witty!!! With foundation scripture taken from Isaiah 61:1-10, the man of God said the year 2020 will be challenging but those who know their God will do exploits. 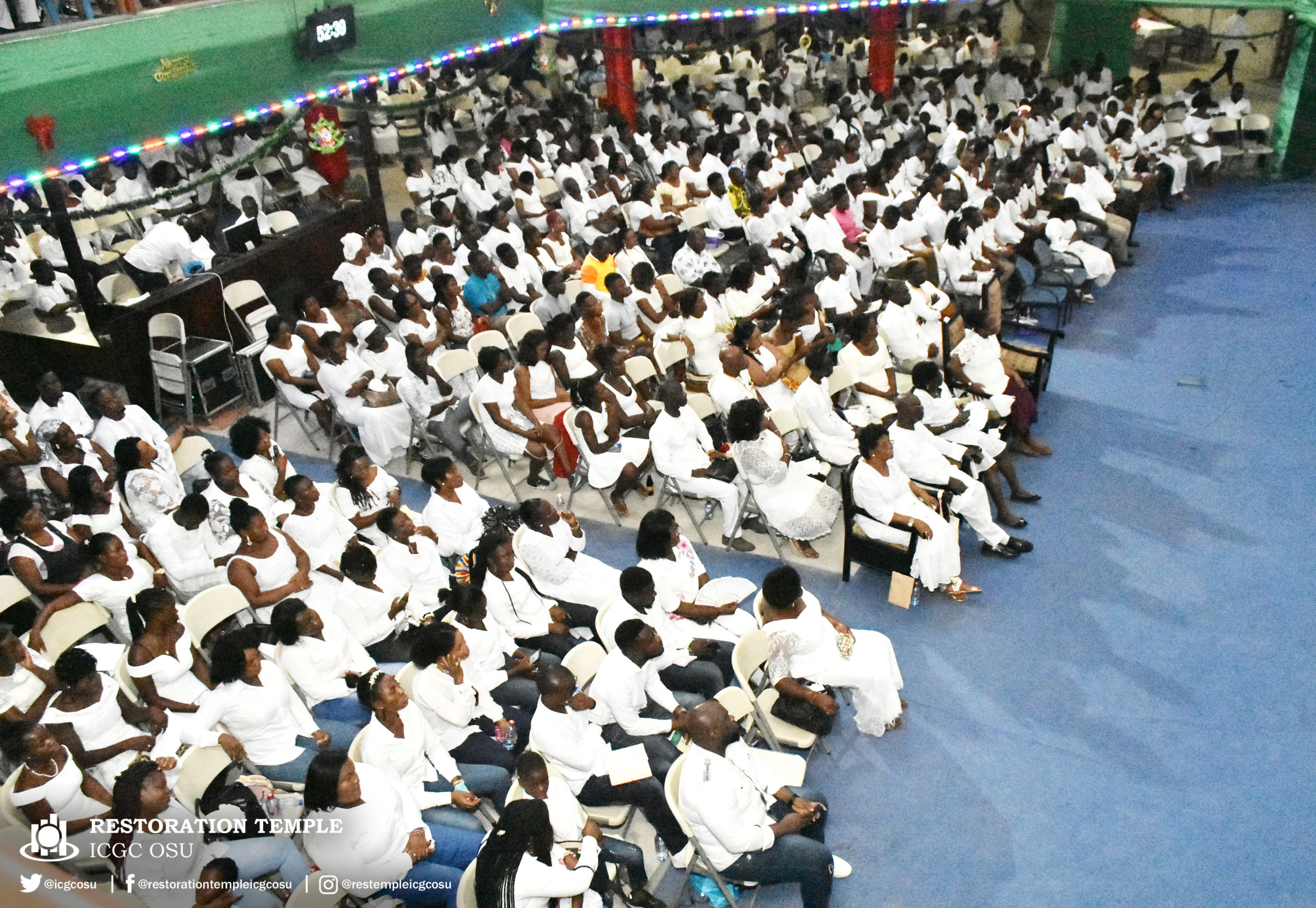 The broken-hearted will be healed, the captive will break free, the barren will bear fruits and righteousness shall prevail.

“God will disconnect you from shame, from pain, from lack from poverty, from sickness, from failure and connect you into abundance, success, riches, glory and righteousness,” he said to a rapturous shouts of amen.

With a quarter of an hour left to the break of the new year, the church slid into powerful prayers, with each member chanting and praying for a better 2020, far better than the year before it.

On the hour mark, which was the New Year, came a Jericho shout of praise, with loud trumpets reverberating through the Osu Restoration walls. Then came, an outpouring of love with members moving around in songs, hugging and shaking each other in glory and gratitude to God for having seen the New Year.

Communion was delivered and Anointing service held to crown a glorious Cross Over service 2019.