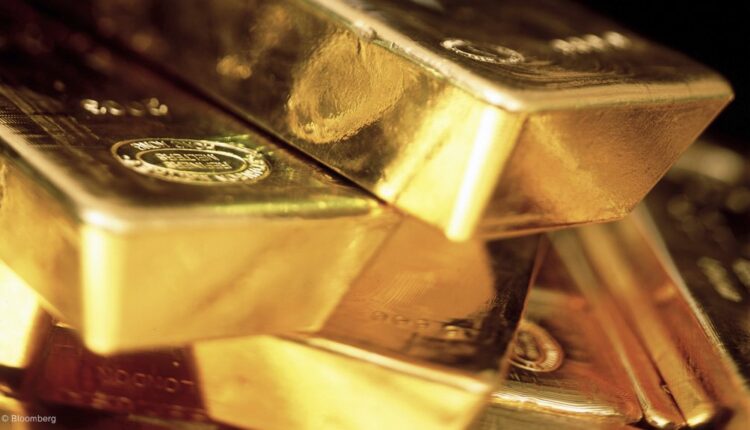 This is despite growing Covid-related concerns, particularly in Europe, Oceania and the US.

Overall, gold is about 4% lower year-on-year, with global financial markets remaining relatively quiet during the month, which the WGC says is “common in August”, as most stock markets drift higher on lighter volumes.

Geopolitical news was in focus as the US abruptly pulled its forces out of Afghanistan. Now that the Taliban has assumed control of the Afghan government, the council says that there are concerns that certain global geopolitical tension – which had subsided since the 2020 US Presidential election – could be reignited.

However, despite the slight price weakness there were signs of green shoots for gold. Federal Reserve chairperson Jerome Powell spoke at the Jackson Hole summit on August 27, with his “lack of substantial further progress” comments positively impacting on the price of gold. The move reflected his widely anticipated comments, and it appears tapering will be pushed into 2022, particularly as the latest US jobs data came in much lower than expected – the lowest in seven months.

According to the WGC’s short-term model, the slight fall in the gold price in August was primarily driven by momentum factors, led by ETF outflows and a reversal from the strong July gold return, as well as modestly higher rates.

Countering their negative impact was follow-through from interest rate declines in July.

Meanwhile, central banks, including the US Federal Reserve (Fed) and the European Central Bank (ECB) have generally characterised the uptick in inflation as transitory. However, not everybody agrees.

Strategists from financial institutions including Invesco, JP Morgan and Morgan Stanley have suggested that inflation could be here to stay.

In addition, the WGC says there are a number of company CEOs who have, during recent quarterly earnings calls, commented specifically on rising input costs having a material impact on their costs – and, ultimately, the consumer.

“Importantly this has occurred across three bellwether industries of healthcare, retail/consumer and banking, as noted by the CEOs of HCA Healthcare, Walmart and JPMorgan Chase. Regardless of the actual duration, inflation is already impacting consumers today,” the WGC says.

It adds, however, that “there are some clear less-talked about examples of inflation”, or the idea that one receives less of something for the same price.

Additionally, the so-called “hedonic adjustments”, often in the context of electronics where the price of goods are adjusted down to reflect innovation, create a deflationary effect, despite the fact that the total amount spent by consumers may remain the same or potentially increase.

The WGC says that these deflationary effects have shifted, as recent supply-chain disruptions have, for example, led Taiwan Semiconductor to announce that chip prices will rise between 10% and 20%, which is something that has not occurred in decades.

With labour shortages in some countries, particularly those like the US, the WGC says continued stimulus aid may discourage people from entering the workplace, which could be a reason why some companies have had to entice workers with higher wages and bonuses.

“These costs could ultimately be passed on to the consumer.”

While inflation may be transitory in the eyes of central banks, consumers – and investors – may feel differently, which the council said “could lead to increased allocations of real assets like real estate, TIPS, and commodities, like gold, which have performed well in higher inflationary environments”.

ETFs, meanwhile, saw gold lose $1.3-billion (-22.4 t) to global assets under management (AUM) in August, a reversal from inflows each month since April.

“We believe these outflows were largely a function of reduced investment demand in North America driven by large US funds following the selloff in gold prices early in the month, while continued interest in low-cost ETFs remains across regions, strengthened by high reported inflation and economic growth concerns,” the council says.

Chinese gold ETFs’ popularity among local investors, following its worst month since October 2018, was driven by the volatile CSI300 stock index weighing on local investors’ risk appetite, as many investors took advantage of the local gold price’s plunge in early August to enter the market or increase their gold ETF holdings.

Historical data shows that China’s wholesale physical gold demand tends to rise after the off season for gold consumption in the second quarter and early in the third quarter.

Following the improvement in July, retail demand in India strengthened in August, and saw the correction in the domestic gold price on August 9 of 2.4% provide a fillip to demand in the first half of the month – largely driven by wedding purchases – although this tailed off slightly after the subsequent price recovery.

Demand was also supported by buying on Onam, with anecdotal evidence suggesting an improvement year-on-year owing to the low base of 2020 and improved consumer sentiment following the economic revival after the second wave of Covid-19 infections.

Based on the council’s interactions with the trade, the WGC says it expects official imports to remain healthy in August following their revival in July, as imports will be supported by jewellery retailer restocking (ahead of festivals and weddings in the fourth quarter) and the boost in manufacturing activity ahead of India’s leading business-to-business jewellery exhibition, the India International Jewellery Show, which is held in September.

In Europe, meanwhile, inflation expectations fell in August but the Consumer Price Index rose to 2.2% (the highest level since 2018), supporting the view that inflation is increasing globally.

There has also been speculation over inflation and the economic outlook in the region; the September ECB policy meeting will consider how inflation will be managed moving forward.

The Bundesbank said Germany’s economic rebound might be weaker than expected – a sign that European equity markets could face a setback. And concerns about the Delta variant have ticked higher, prompting the EU to suspend travel from the US, the WGC notes.