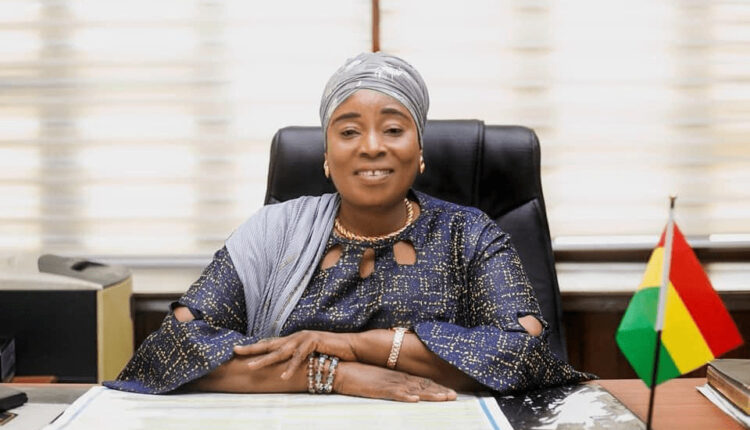 Mrs. Laariba Zuweira Abudu, Minister Designate for the Ministry of Gender, Children and Social Protection (MoGCSP) says the Ministry is working relentlessly to ensure passage of the Affirmative Action Bill.

She said the passage would help the fight against Gender-Based Violence (GBV) and other forms of vulnerability among women and girls.

The Minister Designate gave the assurance at the launch of the 16 days of activism against GBV on Friday, in Accra.

Data from the Domestic Violence and Victims’ Support Unit of the Ghana Police Service indicates that 710 cases of physical abuse, 305 cases of rape, 1,047 cases of defilement, 77 cases of economic abuse and 913 cases of emotional abuse were recorded in 2020.

The 2016 Domestic Violence Survey in Ghana also indicates that approximately, 27.7 per cent of Ghanaian women had experienced at least one form of domestic violence being either physical, economic, psychological, social, or sexual violence in their life time.

Mrs Abudu noted that acts of sexual and GBV were criminal in nature, yet trivialised in societies due to cultural norms, beliefs and practices that continued to put women and girls at disadvantage in terms of their health, education, general well being and development.

She said: “The canker of violence against women and girls transcended from continents, countries, cultures, religions, races, ethnicity, and people, which comes in various forms, including; social violence, physical violence, psychological violence, economic violence, and sexual violence among others. ”

She called on the law enforcement agencies to deal with issues and punish perpetrators when the issues were reported, and encouraged Ghanaians to speak up against GBV.

“This is why the 16 days of activism campaign matters. It has been over three decades since the first clarion call was made to change the gender equality narrative in Ghana, and while we have made progress, much more remains to be done, including the passage of the affirmative action bill, “she said.

Chief Superintended Alice Awarikaro, Accra Regional Coordinator, DOVVSU, said continuous awareness creation was necessary to ensure that people got to know more about GBV and where to seek justice.

She said DOVVSU needed the support of the public to enable it put perpetrators of GBV to book.
Okyeame Kwame, a popular Ghanaian Musician, noted that GBV and discrimination started from the home due to some cultural practices that were not favorable to women and girls and advocated the need to have a re-look at some practices that affected women and girls in the Ghanaian setting.

“If you are a man and because you have big shoulders and you have power and you think that you can abuse people physically, sexually, financially or intellectually, you are not a human being,” he said.

Series of activities have been lined up for the 16 days activism against GBV, which started with a walk from the Obra Spot to the Ministry preceding the launch.

It will be climaxed with an awards night jointly organized by the Ministry and its partners to honour individuals and institutions that have made significant contributions to the fight against GBV.