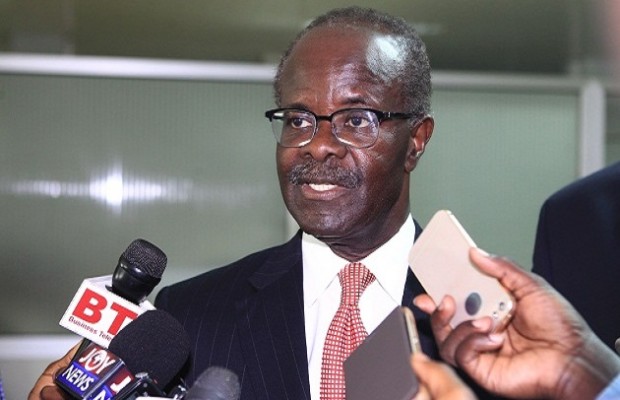 Groupe Nduom’s Blackshield Fund Management Company Limited was one of the 53 companies affected and its customers have been demanding payment of their investments.

The Securities and Exchange Commission (SEC) announced a payment of up to GH¢50,000 to each customer on humanitarian grounds.

“We welcome this as a positive first step.  We will continue to work with the authorities to ensure that what is due to the customers is fully paid eventually, without regard to our company’s grievances,” Dr Nduom said in a Facebook post.

Dr Nduom said his firm was “sorry that our cherished clients have had to go through such pain”.

He expressed hope that the measure announced by SEC provides Blackshield customers with sufficient liquidity to meet financial obligations while “we continue to go through the important processes that are still underway”.

An initial bailout had covered some of the companies that were liquidated but Blackshield was excluded together with some other firms after they dragged SEC to court.

“Based on the validated claims, the partial bailout being offered would result in 89% and 82% of affected individuals and pensioners being fully settled,” SEC said in a statement.

The partial bailout shall be channelled through the Amalgamated Fund Ghana Limited, the same Special Purpose Vehicle (SPV) being used to pay the clients of the Fund Management Companies currently under official liquidation.

Eight of the firms appealed against the revocation decision to the Administrative Hearings Committee (AHC) but only three were successful.

Following the revocation of the licences, the SEC took certain actions to protect investors.

They included notifying the Registrar of Companies/Registrar-General to petition the court for orders to commence the official liquidation of the 53 FMCs under the relevant law, as well as the appointment of an agent to take copies of records and lock up premises to secure the assets of the affected companies.

It also mandated the agent to receive claims from the clients of the affected companies, acknowledge receipt of same and also validate the claims.

The Official Liquidator of the Fund Management Companies, the Registrar-General, started paying off an initial bailout for some of the customers whose claims had been validated.

The firms had filed applications in court to challenge the revocation of their licences by SEC.