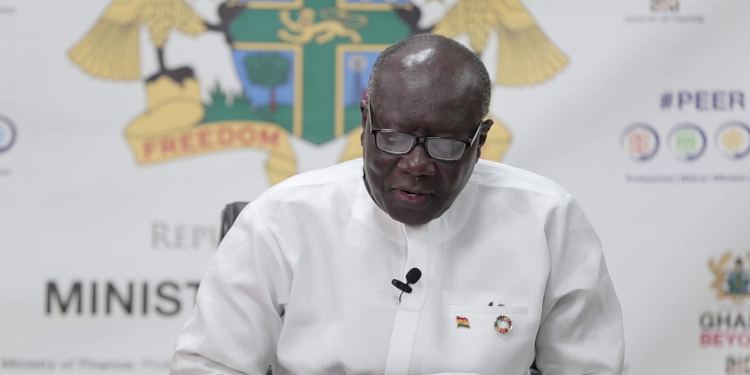 The Government has pegged interest payments for domestic bond holders to zero percent in 2023.

It however announced that there will be no haircut on the principal of bonds, adding that individuals with government bonds will have their full investments upon maturity.

In a public address on Sunday, December 4, on the current economic situation, the Finance Minister, Ken Ofori-Atta said the government will ensure that people’s investments are safe.

He further announced that interest payments for domestic bondholders for 2024, will be pegged at only 5% adding that from 2025, the rate increases to 10%.

According to him, debt instruments like treasury bills will not be affected.

“Under the domestic bonds exchange programme, domestic bondholders will be asked to exchange their instruments for new ones. Existing domestic bonds as of 1st December 2022 will be exchanged for a set of four new bonds maturing in 2027, 2029, 2032 and 2037.

“The annual coupon on all these bonds will be set at zero percent in 2023, 5 percent in 2024 and 10 percent from 2025 until maturity… In line with this, treasury bills are completely exempted, and all holders will be paid the full value of their investments on maturity. There will be no haircuts on the principal of bonds, and individual holders of bonds will also not be affected,” Mr Ofori explained.

Mr Ofori-Atta further stated that the respective financial regulators have put in place measures to ensure that the stability of the financial sector is preserved and the impact on investors is minimised.