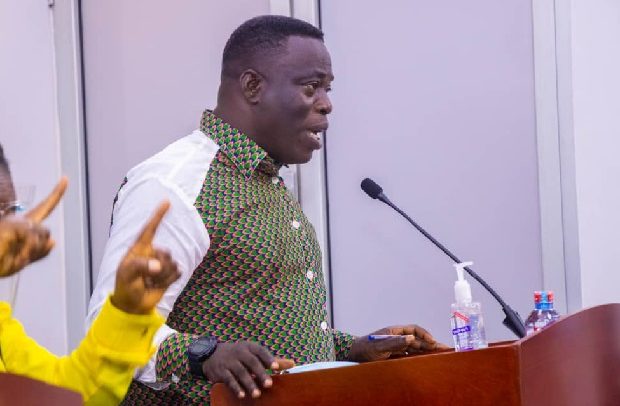 The National Unemployment Insurance Scheme will soon come into full force as the government institutes a tripartite technical committee for the scheme.

The committee is expected to release the modalities for the implementation of the scheme, the Employment and Labour Relations Minister has revealed.

At a press briefing on Wednesday, Ignatius Baffour Awuah has explained that the scheme when operational will focus on providing direct income support to workers.

According to the sector minister, these are workers who will lose their jobs or suffer pay cuts in the event of a social or an economic crisis.

“It is expected to be a contributory scheme for workers. Insurance to the best of my knowledge is to cover eventualities so the scheme is meant for those already employed but have to leave because of an unforeseen event.

“The scheme would also offer opportunities for training, re-training, job search support, apprenticeship and internships to enable those who lose their jobs to re-adjust,” he explained.

The Minister said the scheme will be managed by a National Unemployment Trust Fund with contributions from employers and workers.

Citing an instance, he said “if unfortunately, you lose your job as a receptionist, it is unlikely for you to get a job in another company as a receptionist so that is where the scheme comes in.”

The national unemployment insurance scheme comes in the wake of job losses, largely contributed by the outbreak of the coronavirus pandemic.

The sector minister revealed that more than 11.2 million jobs were affected in Ghana since the virus spread out in March.

Mr Awuah explained that the labour force was largely affected in terms of pay cuts and downsizing of workers.

He noted that based on a survey conducted by the ministry on 44,000 people, “17,685 of them lost their jobs with the rest either being asked to work from home or suffering pay cuts.”

Mr Awuah maintained that the government is committed to ensuring that businesses thrive and more persons are engaged by companies even as the country battles the virus.

The unemployment benefits or insurance, is simply meant to relieve the socio-economic burdens of those who fit the narrow definition of unemployment, thus, people without any means of livelihood.

A report by the International Labour Office on unemployment benefits, in June 2000, revealed that 75% of the 150 million people unemployed around the world lack any unemployment insurance protection.

According to the report, even the world’s richest countries in Europe and North America reduced protection provided by unemployment insurance in the 1990s.

Fewer of the unemployed in these countries receive benefits and the compensation that is provided is lower than those available in the first tier of countries.

Benefit payments, which the report defines as “net wage replacement rates” range from 23% of wages in New Zealand to 58% in Canada and the United States, among these “medium-level” countries.

In contrast, “top level” countries such as Finland and Spain provide 63% and 77% respectively of national average earnings in their unemployment insurance.

The report indicated that the United States, Canada and the United Kingdom are also rated low because “the duration of unemployment benefit payments is short, with benefits payable for less than 12 months.”

In addition, neither the United States nor Canada has a second layer of unemployment assistance available when the first layer runs out.

When it is narrowed down to Africa, information although scanty, has revealed that South Africa and Nigeria appear to be leading the chart.

A survey conducted by the International Social Security Association (ISSA) showed that although more than 90% of the 43 African countries that responded to the survey reported having some form of social security, this was limited to old age, disability and work injury or survivor benefits.

In 12 of the 43 responding African countries, only South Africa, Algeria, Egypt,
Tunisia, Mauritius and to a limited extent, Nigeria and the Seychelles, reported providing unemployment insurance benefits.

Such benefits are often:
1. Financed entirely or largely from compulsory employer and employee contributions for defined categories of employees

2. Limited to a percentage (between 40% and 75%) of the employee’s salary at the time of involuntary disengagement

3. Limited in duration to a period of between 3 to 6 months and in some rare cases, 1 year depending on special circumstances.

In Ghana, data on unemployment remains a huge task.