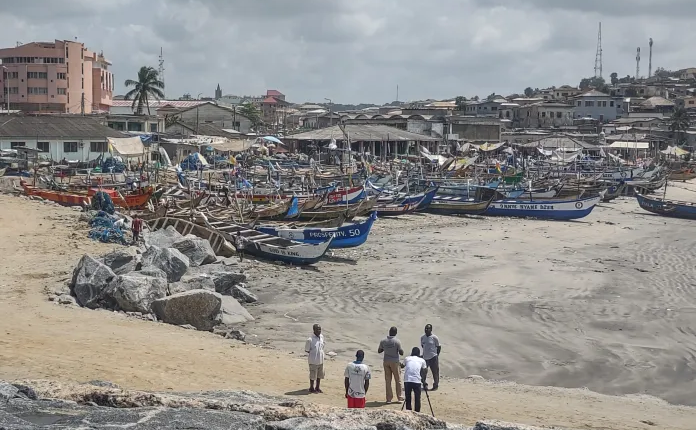 The Ministry of Fisheries and Aquaculture Development (MoFAD) has procured some 6,000 assorted fishing nets valued at about GH₵6million for distribution at a subsidised cost to artisanal fishermen across the various fishing communities in the country.

The fishing nets, which are expected to be distributed soon, with the opening of the new fishing season, according to the Principal Procurement Manager of MoFAD, Samuel Denkyi Antwi, is a strategic decision to help address ‘fishing illegalities’.

While the widespread use of illegal fishing nets is contributing to the depletion of fish stock, the use of monofilament fishing nets has been identified to be significantly destructive to the ecological system. This is because they cannot be disposed of easily.

Speaking in an interview with B&FT, Mr. Denkyi said the move by the ministry is supported by the Ghana National Canoe Fishermen Council (GNCFC), which has been extensively involved in the efforts to ensure artisanal fishermen use the right fishing nets in their work.

“The council had already said it will be welcoming for government to assist the work of artisanal fishermen in that manner, and subsequently came up with modalities for the distribution,” he revealed.

He further said fishermen would be required to make payment (the subsidised cost) before accessing the new fishing nets which will soon be made available at the various landing beaches.

In a related development, some artisanal fishermen at the Abrofo Mpoano, a landing beach at Cape Coast in the Central Region, expressed their displeasure at attempts to recover some perceived illegal fishing nets by a naval taskforce days before the opening of the fishing season.

The fishermen said while they look ahead to the fishing nets promised by government to them, it was a disincentive to take away their fishing nets without being readily replaced with new ones.

This, they noted, would deny them their source of livelihood, as well as lose the investment.

However, responding to the development in an interview, the Acting National President of the Ghana National Canoe Fishermen Council (GNCFC), Nana Jojo Solomon, said it is irrefutable that some fishermen continue to use illegal fishing nets despite efforts to clampdown this practice.

Against this background, he said the enforcement agencies have every right to continue to ensure that the right things are done by the fishermen.

“Ghana’s fishing industry is in crisis, the artisanal fishing industry, in particular, is on the verge of collapse,” he said, charging the fishermen to be compliant with regulations and policies to save the fishing sector.

Regarding the new fishing nets, he observed that they are being sorted out and rolled out as soon as possible.

“We have asked all the fishing regions to submit the list of nets that the various canoes at the landing beaches use, so we can move on with distribution.”