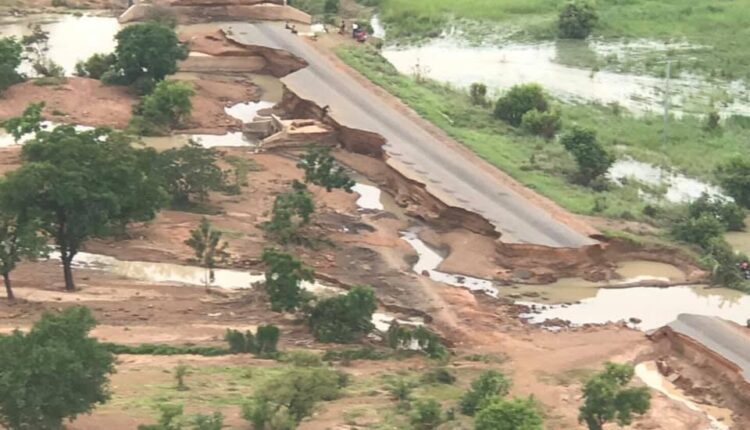 The government has disclosed that an amount of GH₵50 million would be spent to fix the road network destroyed in the Upper West Region following a flood on Thursday, August 12.

The Minister of Roads and Highways, Kwasi Amoako-Attah, made this disclosure at a meeting with some contractors shortlisted to work on the roads.

These contractors were selected based on “proximity to the affected areas and their ability to mobilise quickly to site,” the minister stated in Accra yesterday on August 23.

“These are heavily trafficked routes, serving as the main routes of transit for heavy-goods vehicles travelling to the Ghana-Burkina-Faso Border,” Mr Amoako-Attah noted.

The sector minister assured the government’s commitment to completing the roads, saying, “the government will do whatever it takes to make funds available to undertake this national exercise.”

He asked the constructors to commence work and urged them to work together as a team and with speed to ensure swift completion while delivering quality work.

He added that the government would honour all financial commitments and provide the needed resources for mobilising their equipment to the sites to ensure that the work was completed in the shortest time possible.

Mr Wumbei Fuseini, Chief Executive Officer (CEO) of Mawums Limited, expressed appreciation to the government and the Roads Minister for their confidence.

On behalf of the contractors, he assured that work would be executed within time to bring relief to the people.

The flood in the Upper West destroyed more than 800 homes and farms, rendering 336 persons homeless as 155 houses were destroyed.

In addition, 1,605 smallholder farmers in Nadowli-Kaleo, Jirapa and Lawra also lost their farmlands.