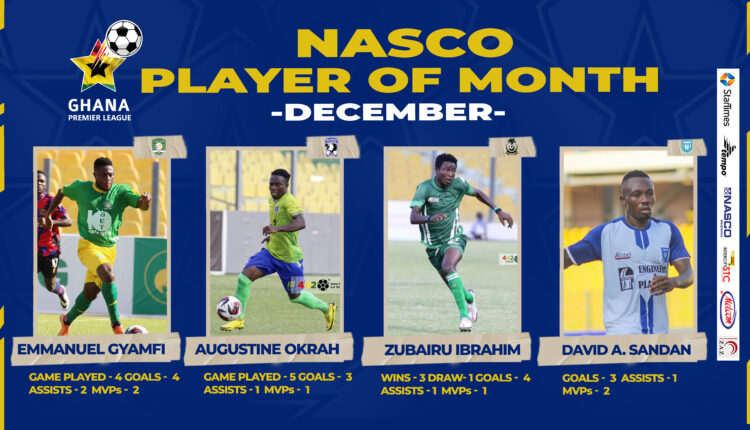 GPL 2021/2022: Nominees For Player, Coach Of The Month For December Announced

Four top performers have been shortlisted for the 2021/22 Ghana Premier League NASCO Player of the Month and Coach of the Month award for December 2021.

These players were shortlisted based on their brilliance in matches played during the period.

Emmanuel Gyamfi:
The Aduana Stars’ playmaker had a splendid performance for December and managed to score four goals from four games.

Okrah has been very instrumental for Bechem United and has scored three times in 5 appearances.

He also provided an assist and won an MVP title during the month of December.

Zubairu has scored four times for King Faisal in the month of December and also provided an assist with one MVP award to his credit.

RTU’s Abagna who received his debut call up for the senior national team, Black stars for the Africa Nations Cup 2021 scored 3 goals, provided an assist, and twice won the MVP title.

NASCO Coach of the Month Award 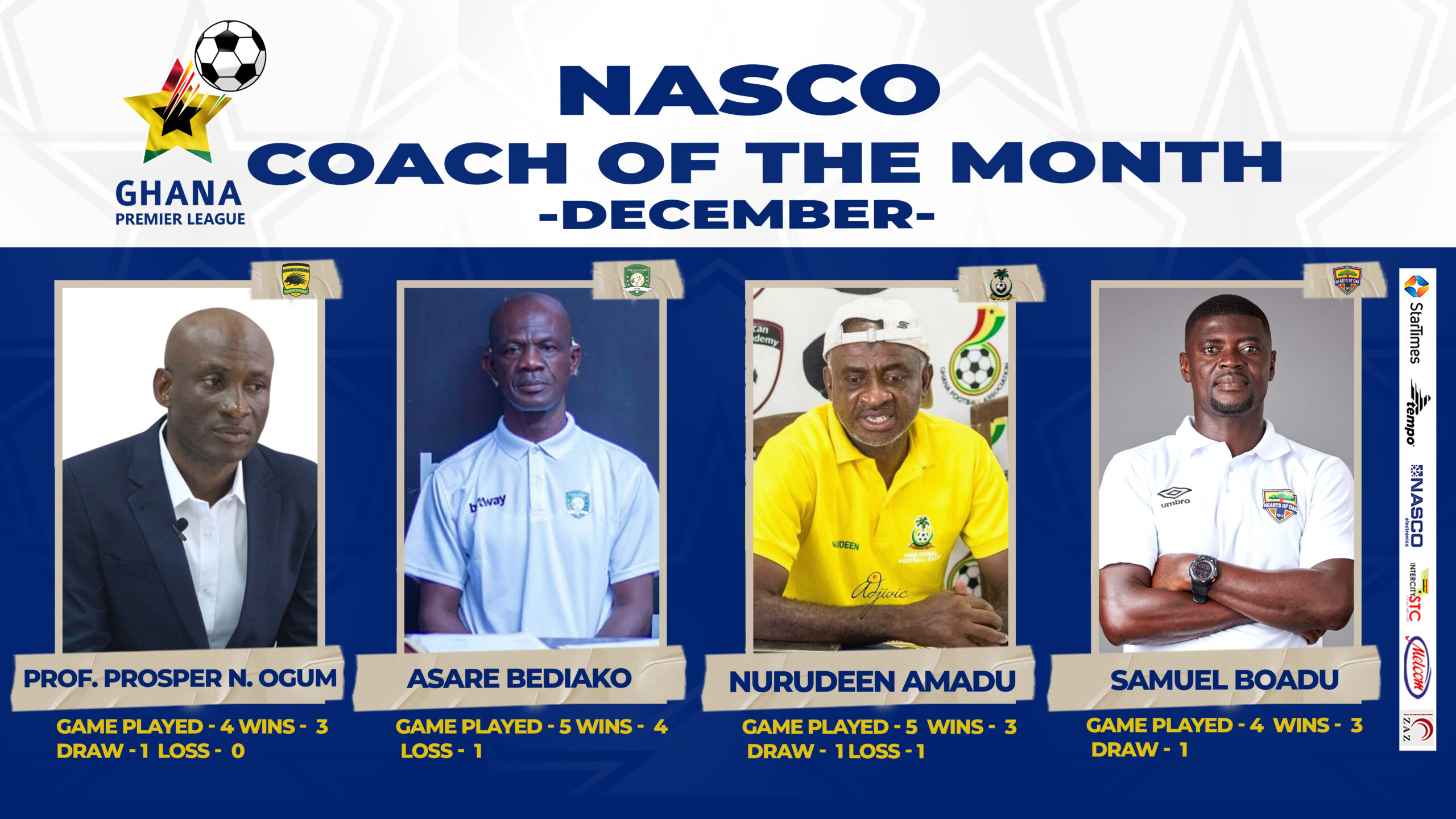 Meanwhile, four coaches who led their teams to impressive results in December have also been nominated for the NASCO Coach of the Month Award.

Below are the nominees for the Coach of the Month- January:

After winning the award last month, the Asante Kotoko coach is in the race for a double following his team’s unbeaten record in the month of December, securing three wins and a draw. The team currently lies top of the league table.

In December, Coach Asare Bediako led Aduana FC to four wins and a defeat. The team is second on the league log, 6 points behind leader Asante Kotoko.

Out of the five games played in December, Coach Amadu Nurudeen guided his side to three wins, and a draws, and one defeat. The Club currently lies fourth on the league table.

The defending champions, Accra Hearts of Oak, managed three wins and a draw in December under coach Boadu.

The winners are expected to receive television set from Electroland Ghana Limited.

Story By kobby Asamoah/ k.boahene@theghanareport.com
Ghana Premier LeagueNASCO Player of the Month
You might also like
Sports