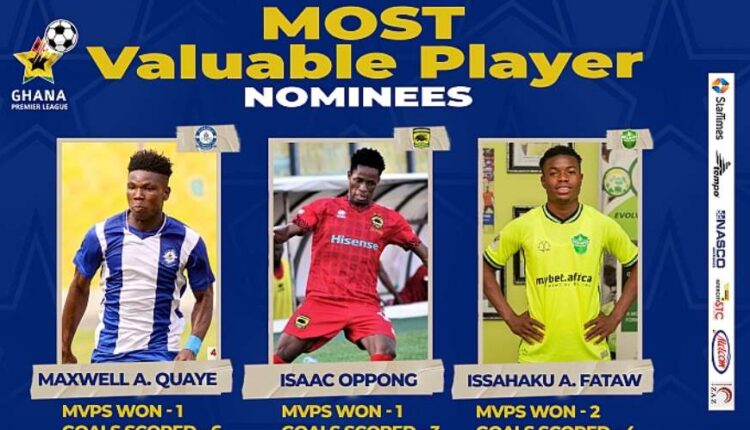 GPL 2021/2022: Winners For Player, Coach Of The Month For November Announced

Dreams FC midfielder Issahaku Abdul Fatawu has been named NASCO Player of the Month in the 2021/22 Ghana Premier League for November.

The 2021 Africa Youth Championship Best Player who is making his debut at the Ghana Premier League has been impressive since arriving on loan from Tamale based Divison One side Steadfast Fc.

Despite being on Black Stars duty midway in the month, Abdul Fatawu scored four goals and won the NASCO Man of the Match award twice.

Ogum had a better record among the nominees as his side went unbeaten in the month of November with four straight victories and a draw. 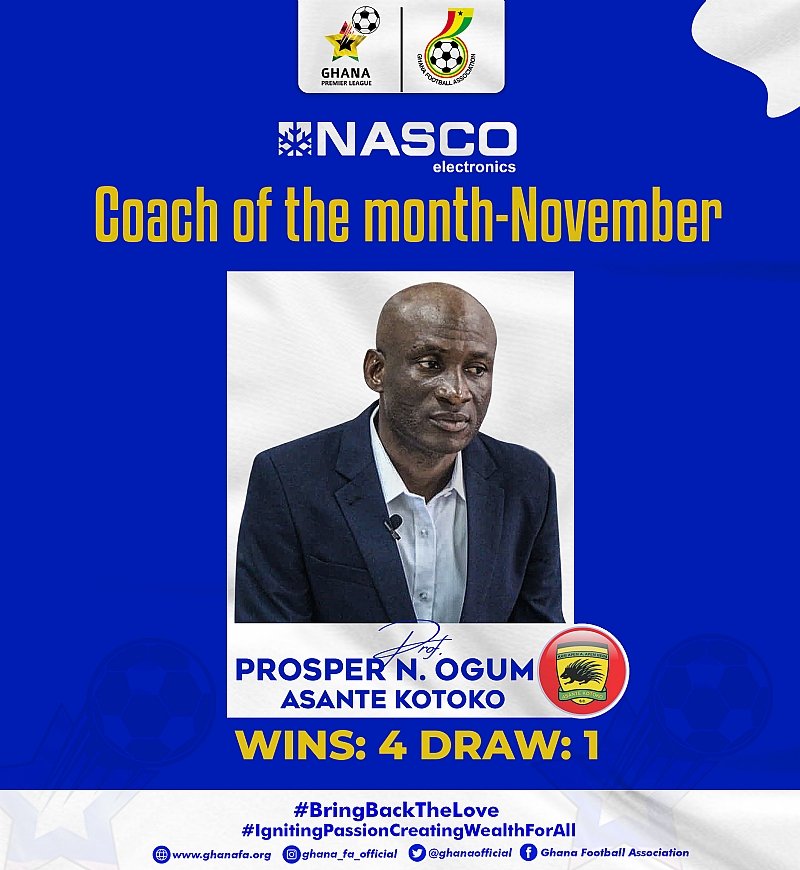 He won ahead of fellow contenders Nurudeen Amadu of King Faisal and Bechem United’s Kassim Mingle.

After nine matches, the former WAFA boss has guided Asante Kotoko to five Premier League game wins, two draws and a defeat, a run of form that puts the Porcupine Warriors in third on the league log with an outstanding game that a win can see them going top.

They come up against their sworn rivals Hearts of Oak in that outstanding fixture.

Story By kobby Asamoah/ k.boahene@theghanareport.com
Black StarsGhana Football Association (GFA)Ghana Premier LeaguePlayer of the Month
You might also like
Sports