A minimum of 68 matches are set to be broadcasted live in the first round of the season for the first time in the competition’s history, the Ghana Football Association and StarTimes have announced.

This unprecedented offering is part of the work being done by the GFA and the television giant aimed at progressively growing the brand and to ensure availability of the GFA products to patrons of the game in Ghana. 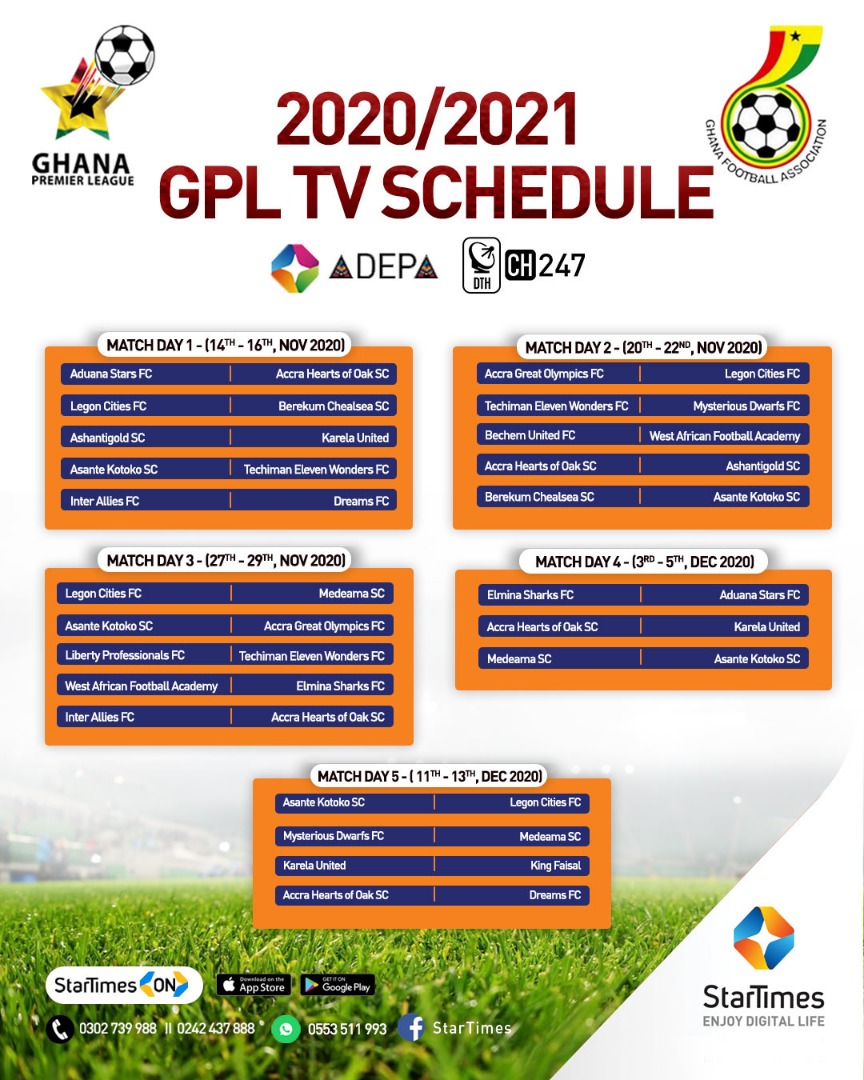 To achieve this, the GFA will continue to deploy innovative ways such as the ever-popular Friday night games and Monday night football. Match scheduling will be crucial in ensuring that there are two live matches on Saturdays and Sundays.

On Matchday One, Ghanaians will be served with five (5) live games by StarTimes Ghana in the opener of the 2020-21 Ghana Premier League season, the company has announced.

Again, all the non-live league matches will be covered to give fans a comprehensive Highlights Show.

This forms part of StarTimes’ efforts to expand coverage of the top-flight league to “provide the biggest and most advanced television production by far with at least 8 cameras for live matches”.

According to the Marketing Manager of StarTimes Ghana, Mrs. Akorfa Banson during the launch of the 2020-21 football season on Thursday night, the goal of the right holder is to “ensure a top-quality viewing experience for fans around the world”.

Addressing stakeholders during Thursday night’s launch, Mrs. Akorfa Banson further stated that StarTimes will “invest over USD 1 million on production, and over USD 500,000 on promotion” of the GPL activities.

According to General Secretary Prosper Harrison Addo, (Esq), this year’s league will have only 25% capacity of spectators at the various stadia in line with Covid-19 protocols of the Republic of Ghana and hence the GFA and its partners are eager to ensure that more matches are brought to the home of fans.

“The 18 Clubs are expected to give the broadcast rights partner, StarTimes all the support required as we build up the brand capital of the Ghana Premier League together,” said the General Secretary of the GFA.

Akufo-Addo, Mahama to sign peace pact ahead of 2020 elections