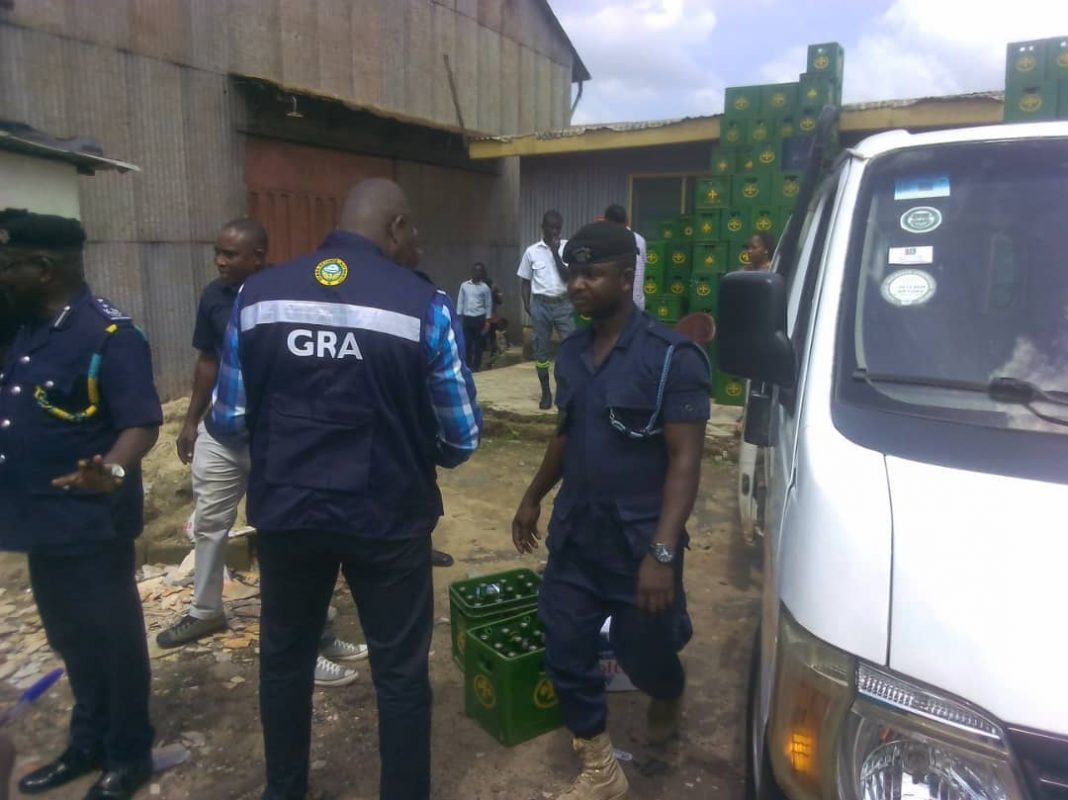 The tasksforce visited over 30 retail shops of which it was detected that majority of the products had tax stamps affixed but quite a sizable number of the products which were found without tax stamp were confiscated.

A suspected case of fake tax stamp was also detected and is currently being investigated.

In accordance with the Provisions of the Excise Tax Stamp Act, 2013 (Act 873) specified Excisable products which are imported or locally produced are required to be affixed with Tax Stamps with specific features designed and supplied by the Ghana Revenue Authority before they are delivered ex-factory or cleared.

Theophilous Prince Tetteh, leader of the National Taskforce that carried out the exercise told Starr News that the exercise is nationwide and the GRA will ensure compliance adding that retailers have the opportunity to write to GRA to request for the tax stamps to affix to products on their shelves in the interim.

He, however, added that in the long term people must avoid buying products without the tax stamp to avoid finding themselves wanting with the law.

This comes a day after the GRA task force hit town on Tuesday November 6, to enforce the excise tax stamp policy at retail points in some parts of Accra.

The task force seized packs of bottle water, alcoholic and assorted drinks which do not have the task stamp embossed on them.