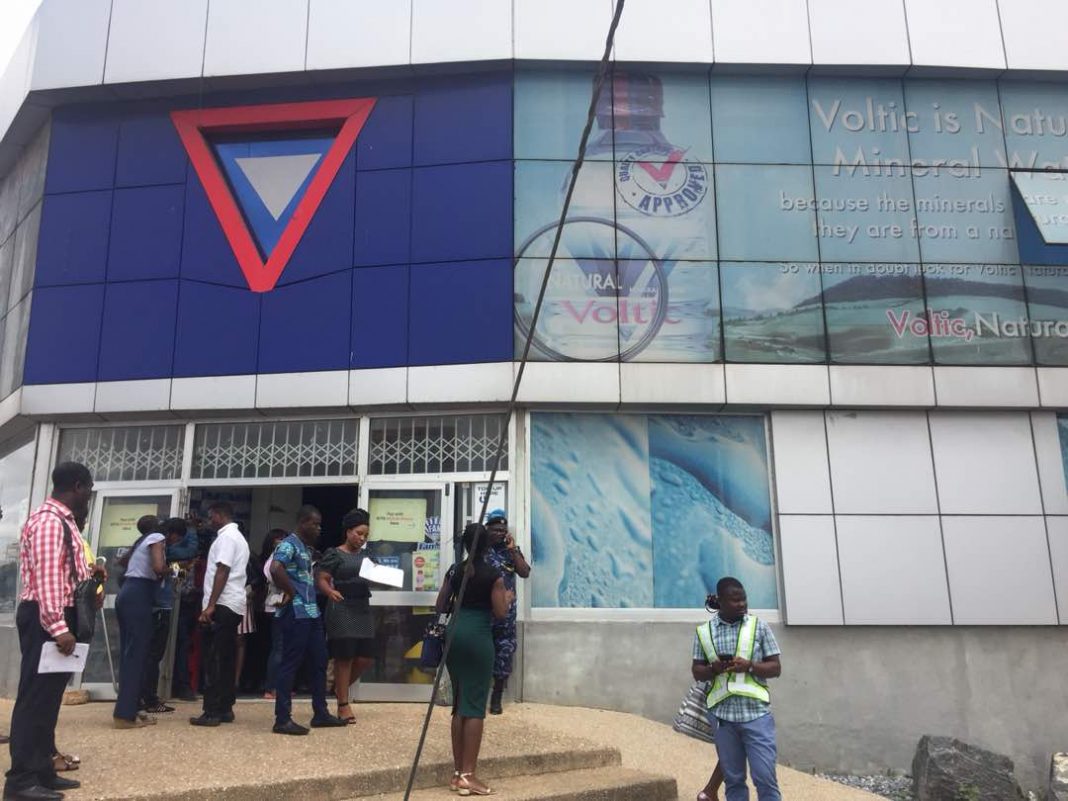 The task force seized packs of bottle water, alcoholic and assorted drinks which do not have the task stamp embossed on them.

The Excise Tax Stamp Act, 2013 (Act 873) which was passed by Parliament in December 2013 stipulates that excisable goods should be affixed with the tax stamps before they are put on the market for sale.

The excise tax stamps are specially designed digital stamps with security features which are affixed on specified excisable goods, whether locally manufactured or imported.

The enforcement of the act started at the ports on January 1, 2018 and the points of sale on March 1, 2018, with a special task force commencing the first phase of an enforcement exercise in Accra, Kumasi and Takoradi.

During the exercise, goods which did not have the excise stamps affixed on them were removed from the shelves of some shops but they were not seized.

But the GRA says the grace period is enough hence their decision to make the tax force embark on the seizure exercise.

The De Latyoya shop located in Osu had several foreign alcoholic drinks and Verna Mineral Water seized from the shop.

The Voltic Retail Center located at Achimota also has several products including, Voltic Water, Coca Cola, Fanta, Heineken among others.

“We want all retailers to ensure that the manufacturers have the stamp on the products before they allow it in their shops. We will continue to visit retail shops and ensure that the tax stamp in compiled with” a Chief Revenue Officer, Kwabena Apau Awua Anto told the media during a raid of some retail shops.

GITFiC calls for sustained awareness creation of the benefits of AfCFTA