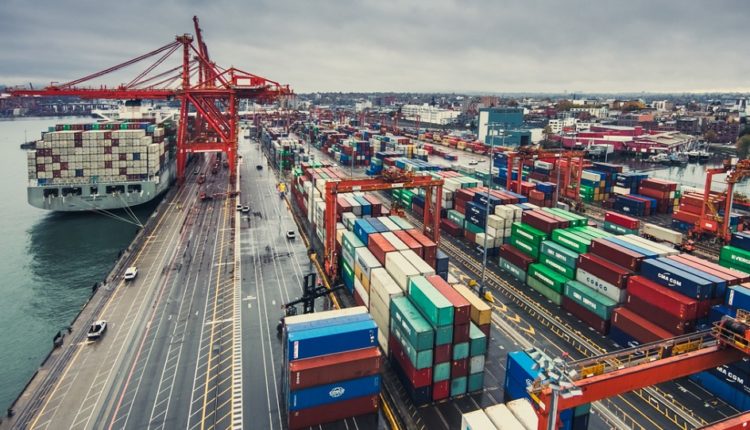 After persistent pressure from importers, the Ghana Revenue Authority has indicated that it is in discussions with GCNet to restore its systems following challenges that fraught the clearance of goods ever since the newly Integrated Customs Management System (ICUMS), popularly called UNIPASS came into operation.

The government introduced UNIPASS to take over the operations of Ghana’s single window system manned by the Ghana Customs Management System (GCMS)–from GCNet and West Blue Consult— at the ports. After a pilot at the Takoradi Port, the country started using the system fully on April 28.

Subsequently, importers and freight forwarders raised concerns that they were unable to clear their goods. Angry importers also complained about the cost of demurrage, which is the cost incurred for failing to clear goods on time.

But a day after UNIPASS took over, it appears, the government is making a u-turn.

A notice purportedly issued by the GRA indicates that it will revert to the GCNet system by Wednesday, April 29, as custom house agents/declarants struggle to process their custom documents on the ICUMS.

“It has come to the notice of the Management of the Ghana Revenue Authority (GRA) that Customs House Agents/declarants are facing some challenges processing their Customs documents on the Integrated Customs Management Systems (ICUMS). Management of GRA as part of efforts resolve these challenges is having consultations with the management of GCNet for the restoration of the GCNet GCMS services,” it said.

Read the  full note below:

It sole-sourced the operations of GCNET and West Blue to Ghana Link/UNIPAS. GCNET is partially owned by the state. GCNET is a Public-Private Partnership in which the government of Ghana through its agencies holds 35% shares.

However, apart from the operational inefficiencies,  the Ghana Institute of Freight Forwarders is predicting revenue losses if the concerns raised by stakeholders on the inefficiencies of the UNIPASS system are not addressed.

In 2000 the government initiated steps for the establishment of a system to automate its port operations. The system sought to eliminate the rigidities and inefficiencies inherent in the manual operations and by so doing improve government revenues. The government implemented the full rollout between 2002 and 2006, including establishing the GCNET.

Since its introduction in 2015, government revenues have consistently risen except 2019 when the government reduced the benchmark values at the ports. The accumulated growth in customs revenues between 2015 and 2018 was about 76%,  rising from some GHC7.5 billion in 2015 to about GHC13.2 billion in 2018.

After 15 years of working with destination inspection companies (DICs), Ghana on September 1, 2015, dispensed with their services, handing over the task to the Customs Division of the Ghana Revenue Authority (GRA).

The decision to implement the NSW was met with both applause and criticism in equal measure. While more than 500 employees of the DICs lost their jobs, the move was seen as an opportunity to save the country millions of cedis that went into the coffers of the DICs as compensation for their technical support.

The computerised concept is meant to ensure a seamless, efficient and user-friendly E-clearance regime.

The single window concept provides an opportunity for traders to lodge their documents, including certificates of origin, invoices, customs declarations and import/export permits, at a single location (electronically) to be accessed by all regulatory and trade agencies, instead of traders sending copies of the same documents to different agencies.

The implementation of the system has led to the development of a modernised environment where the Customs Division provides a Pre-Arrival Assessment Reporting System (PAARS) to enhance revenue mobilisation, improve border security and Customs clearance, overcome duplication across regulatory agencies and promote trade facilitation.