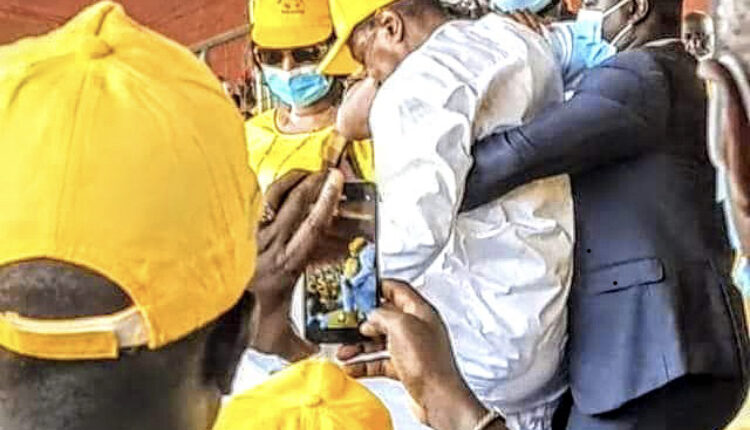 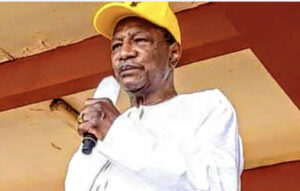 In what appears to be the climaxing of chaos leading to Sunday’s presidential elections, 82-year-old Alpha Conde lost consciousness on stage yesterday as he campaigned for re-election for a third term in contravention to Guinea’s constitution.

Meanwhile 112 kilometers northeast of capital Conakry in a town called Kindia, the Guinean military put down a mutiny on Friday killing the leader Colonel Mamadou Conde.

Automatic gunfire was heard Thursday night through Friday morning but Guinean Defense Minister announced that the mutiny which was limited inside the military camp Samoreyah has been brought under control.

No details regarding arrests or reason for the mutiny was given.

It may be recalled that a similar mutiny by lower ranked military officers in neighboring Mali succeeded in overthrowing the government of Ibrahim Keita in August.

That mutiny came in response to weeks of protests demanding Keita’s resignation.

Guineans have also been protesting against President Alpha Conde since his decision to emulate Côte d’Ivoire’s Allassane Outtarra and run for a third term against his country’s constitution.

Indeed in the speech in front of thousands, Conde cited 78-year-old Outtara’s third term bid as normal as the two of them were only staying to make life better for their people.

Life is so better in Guinea that a simple Google check of the drive time between Kindia where the aborted mutiny took place and Conakry where Conde collapsed is 3 hours and 26 minutes for a distance of 112 kilometers.

Peter Trauore, a Guinean tailor in Abijan wondered why ECOWAS has a zero tolerance against military coups but seems to condone dictatorial practices that bring them about in the first place.