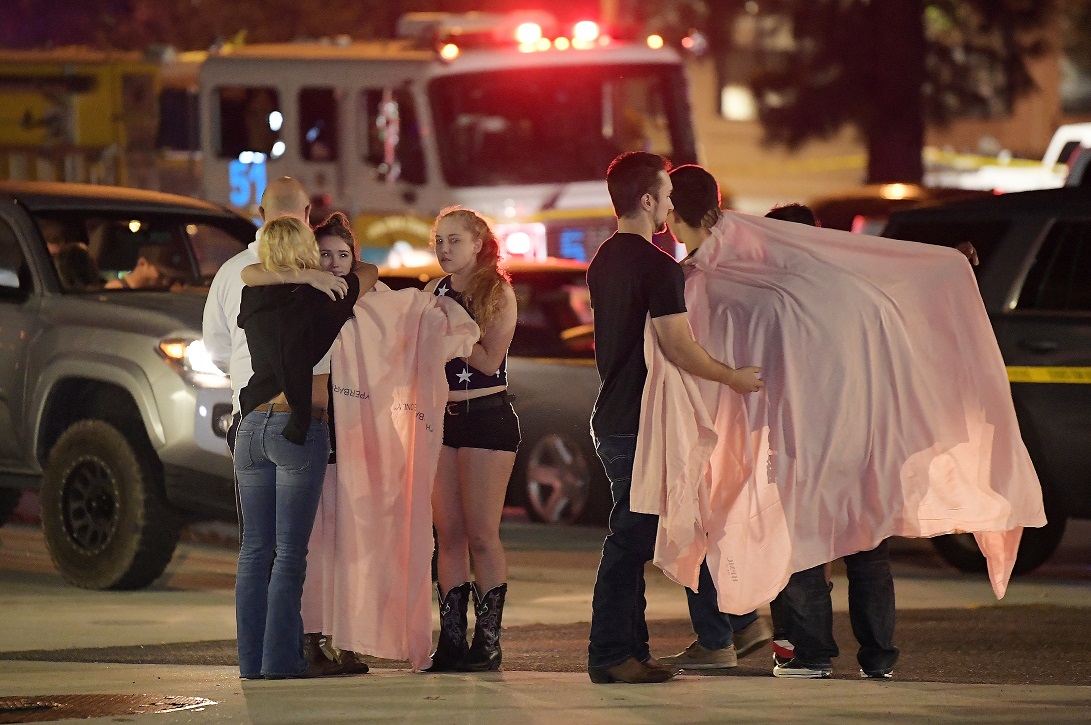 At least 12 people have been killed, including a police officer, at a bar in Thousand Oaks, California.

At least 200 people were reportedly inside the Borderline Bar and Grill at the time of the attack.

Officials say the suspect was found dead inside and have not identified him. They do not yet know his motive for the shooting.

How did the shooting occur?

A college country music night was underway when the suspect, apparently dressed in black, entered the bar and opened fire.

Reports say the suspect may have used smoke grenades and at least one weapon, described as a semi-automatic handgun by witnesses.

A injured man told local television channel KTLA: “We just dropped to the ground, we heard a lot of screaming. My friend is the DJ so she cut off the music, we just heard a lot of mayhem.”

Another witness from inside, Teylor Whittler, said: “I was on the dance floor and I heard the gunshots, so I looked back and then all of a sudden everyone screamed: Get Down!”

“It was a huge panic, everyone got up, I was trampled, I was kind of left on the floor until some guy came behind me and grabbed me and dragged me out.”

People reportedly escaped the bar by using chairs to break windows, while others reportedly sheltered inside the venue’s toilets.

What have police said?

Ventura County Sherriff Geoff Dean described the scene inside the bar as “horrific” and said there was “blood everywhere”.

He said first responders had arrived just three minutes after the first emergency calls from the venue were made.

Ventura Sheriff’s Sergeant Ron Helus, who later died in hospital, had tried to enter the active scene with a local highway patrolman when he was shot several times.

The husband and father-of-one had been a policeman for 29 years and was due to retire next year.

“It saddens us all and tears at our emotions. He died a hero. He went in to save lives, to save other people,” the Sherriff said.

Police say they recovered a handgun inside the bar and found the suspect dead inside.

They believe he may have taken his own life but have not confirmed this.

Who are the other victims?

It is not yet clear who the other 11 victims inside the bar are, but the Wednesday night country music event is popular with local university students.

Footage on local media of the aftermath shows injured people being carried away from the scene by their friends.

Police say at least 10 people are known to have been injured and others are self-reporting with injuries at local hospitals.