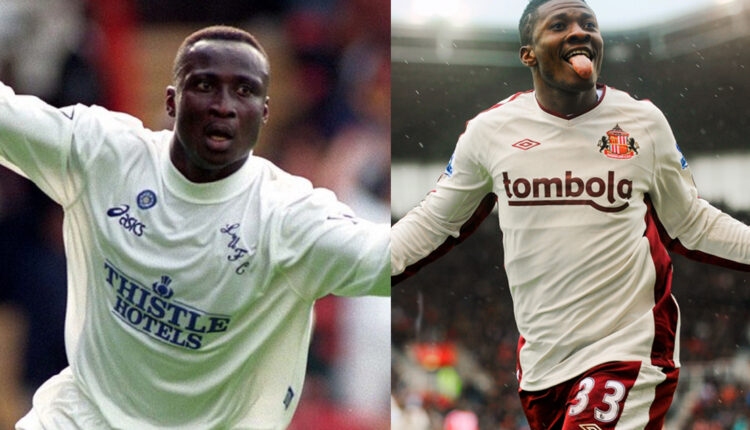 Gyan and Yeboah tied for Ghana’s greatest ever striker : Odartey-Lamptey

Former Ghana international Nii Odartey Lamptey believes Anthony Yeboah and Asamoah Gyan are inseparable as far as the debate on who Ghana’s greatest ever striker is.

According to Lamptey it’s hard to pick between the two players.

“I always have challenges comparing people with Tony Yeboah because I have played with him and I know his qualities.

“Asamoah Gyan has also shown some qualities and has broken some records.

“Its the two but not be bias I think I will give it to the two.” he disclosed on the Tracker.

Yeboah spends his days playing golf now that he has retired from the game.

Gyan on the other hand has had a rocky relationship with the national team in recent times and was not called up for Ghana’s latest round of matches against Mali and Qatar.