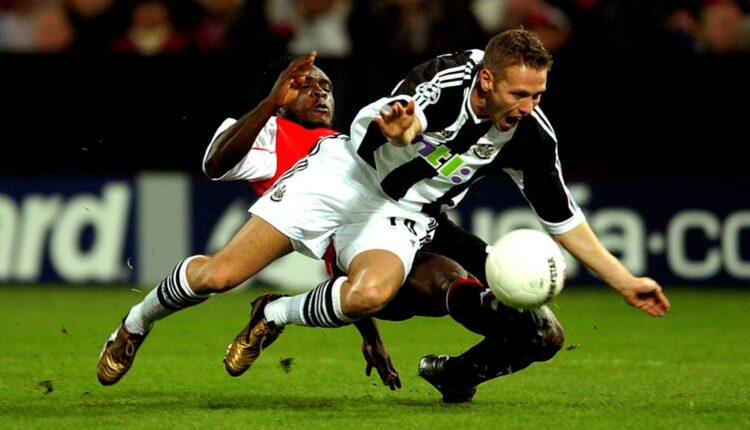 The Tema-born passed away on Wednesday at the age of 43 following a long battle with cancer.

He is mostly remembered for his time with Feyenoord where he spent 10 years between 1997 to 2007, winning the Uefa Cup and achieving cult status in the time.

“Feyenoord have learned with great sadness of the death of Christian Gyan. The former defender of the club had been struggling with health problems for some time and died on Wednesday at the age of 43,” the Eredivisie side wrote on their official website.

“Christian Gyan was under contract in De Kuip for 10 years and in that time conquered many hearts of the legion. With winning a national title (1999), the UEFA Cup (2002) and the Johan Cruyff Scale, the little Ghanaian was not only extremely successful in his Feyenoord period; he also grew into a cult hero and a huge crowd favourite.

“The fact that Gyan’s death also stirs up a lot among supporters can be seen from the many reactions that were shared on social media after today’s sad news. With Gyan, Feyenoord loses a former player with a real Feyenoord heart, a favourite of the legion and above all a fantastic person.

“The club wishes all relatives a lot of strength in coping with this great loss. Supporters who want to express their condolences can leave a digital message on this page.”

Gyan first made a name for himself as a member of the Ghana side which won the 1995 Fifa U17 World Cup in Ecuador.

In 1997, he featured for the West Africans as they came fourth at the Fifa U20 World Cup in Malaysia, the same year he joined Feyenoord from then Ghana Premier League side Ghapoha.

The highlight of his career in the Netherlands was helping De Stadionclub win the Dutch league in 1999 and the Uefa Cup in 2002.

The fullback also played for Dutch side Excelsior, Finnish folds TPS and RoPS, as well as Welsh fold Wrexham.

He also featured for Ghana at senior international level, joining the Black Stars for the 2000 Africa Cup of Nations tournament.