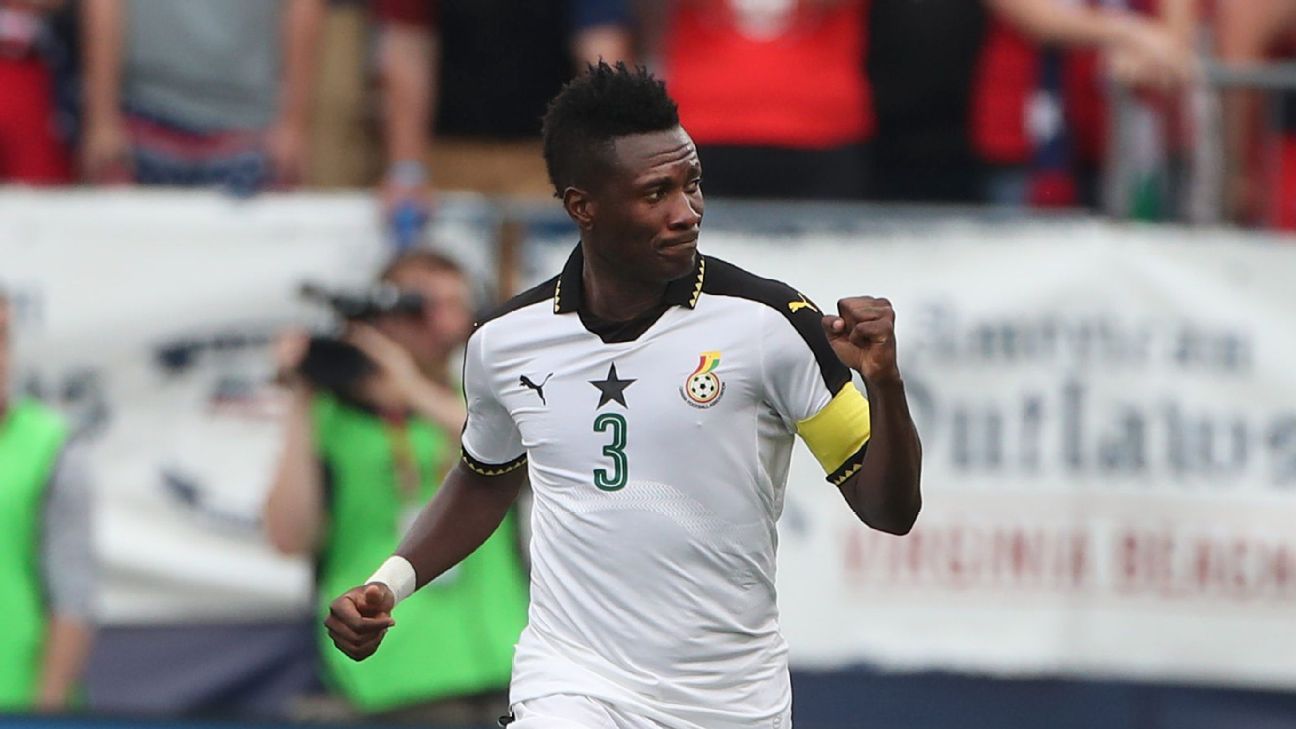 Gyan has not featured for the Black Stars since the 2018 World Cup qualifier against Congo in Kumasi last year and has been handed a call-up despite his lack of game time at club level this season.

The 32-year-old, who is Ghana’s all-time top scorer, has played only 34 minutes for Kayserispor in the Turkish Super Lig.

However, there is no place in the squad for deputy captain Andre Ayew and his brother Jordan. The duo last played for Ghana in November 2017.

Kwadwo Asamoah, who made his first appearance for the Black Stars in four years last month in the defeat against Kenya in Nairobi, is recalled having maintained his stellar form while Levante striker Emmanuel Boateng makes a return after fully recovering from a thigh injury.

Also, Mubarak Wakaso, John Boye and Jonathan are back in the team after being left out for the last five games.

Despite the lack of competitive football in the country since the Anas expose, Asante Kotoko goalkeeper Felix Annan has been invited.

Ghana, who, like the rest of the three teams in Group F, have three points to their name after two rounds of matches, host Sierra Leone on October 11, four days before the return fixture in Freetown.