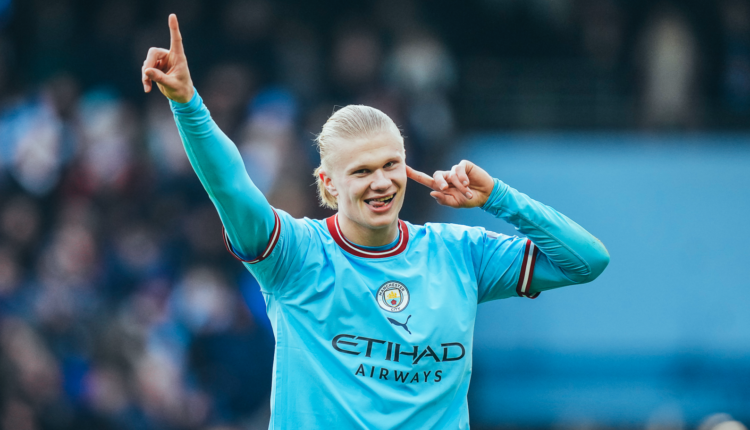 The 22-year-old banged in a treble in Manchester City’s 3-0 win against Wolves at the Etihad on Sunday.

He now has 25 top-flight goals to his name – more than the tally that the last four Golden Boot winners have achieved.

And the feat means the ex-Borussia Dortmund marksman is the quickest player to register four trebles, achieving the feat in just 19 matches.

Luis Suarez is third on the list after taking 81 games, with Alan Shearer [86] and Robbie Fowler [89] completing the top five.

And, in another wild stat, Haaland has scored more hat-tricks in the Premier League than Cristiano Ronaldo.

Ronaldo managed just three trebles across his two spells with the Red Devils.

Haaland’s stunning season shows no signs of slowing down with the Norwegian the quickest player to reach 20 goals in the Premier League.

No player has also scored more than Haaland at the turn of the year in English top-flight history.

And Haaland also holds the record of being the first player in the Premier League to score hat-tricks in three consecutive home matches.

Lauding the centre-forward after the win over Wolves, City boss Pep Guardiola said:

“The numbers are incredible.

“The first goal is because he’s there, the delivery is fantastic.

“He lives 24 hours for his profession, it’s his love. He’s not stressed, he’s stable.”