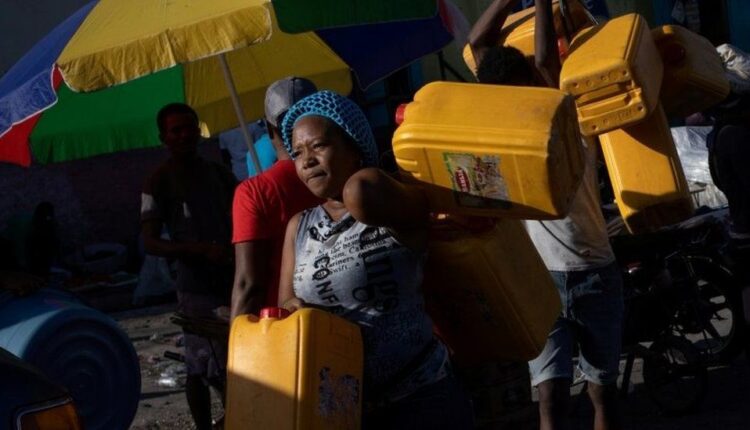 The lives of patients are at risk due to fuel shortages affecting some of Haiti’s major hospitals, the UN children’s agency Unicef warns.

Supplies have been disrupted for weeks because lorry drivers are too scared to brave roads controlled by gangs which engage in kidnappings for ransom.

Roadblocks erected by protesters angry at the lack of security have further hampered deliveries.

Local media said fresh protests and a strike were planned for Monday.

Unicef said that due to frequent power cuts, most hospitals in Haiti relied on fuel-powered generators to keep patients alive.

The agency estimates that 300 children, 45 women and 150 Covid patients are at risk unless fuel is delivered by Tuesday.

“No child should ever die because of a power cut,” said Raoul de Torcy, Unicef’s deputy representative in Haiti.

“It’s frustrating to see how increased risks of kidnapping and looting in Haiti threaten newborn’s and mothers’ lives, just because the much-needed fuel cannot be delivered to hospitals on the ground amidst mounting insecurity,” said Raoul de Torcy, Unicef’s deputy representative in Haiti.

An NGO reported last week, that nearly 800 kidnappings had been reported in Haiti so far this year.

Among those still being held are 17 missionaries from the US and Canada who were kidnapped by a gang as they were returning from a visit to an orphanage.

The gangs’ influence has grown further among the political instability which has followed the assassination by mercenaries of President Jovenel Moïse on 7 July.

While some of the gangs called a truce following a devastating earthquake on 14 August to allow humanitarian aid to reach the worst affected areas, they have since started extorting, threatening and in some cases kidnapping drivers again.