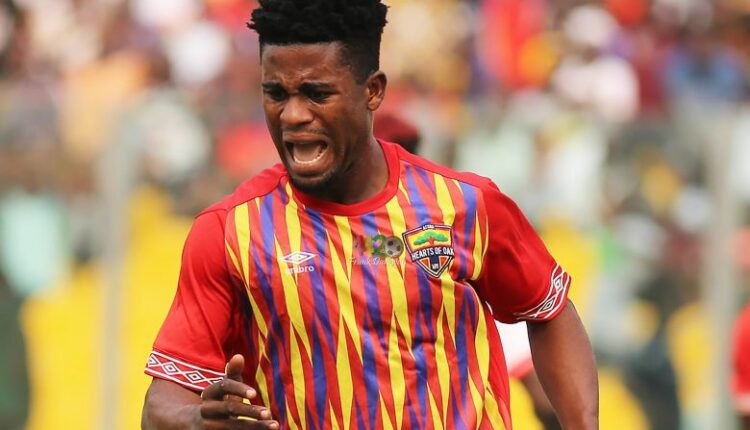 The Ghana U-20 captain has been a key cog to the Phobians helping the club to break the 11-year trophy drought.

The last time the rainbow boys annexed the domestic top-flight was in 2009 under Kosta Papic.

The 20-year-old scored 4 goals and provided 3 assists in as many matches he played, with his goals contributing most points for the club.

According to media reports, the continental club masters have received a letter from Stade Reims requesting Daniel Barnieh for a month trial between August and September before a deal is agreed for the enterprising forward.

But Footballghana.com understands Hearts are unhappy with the request tabled by the Ligue 1 side hence rebuffing their request.

The Phobians are bent on building a formidable side that can make a meaningful impact in the CAF Champions League next season.

They also hope to rule domestic and international football again as it was in the 2000s.