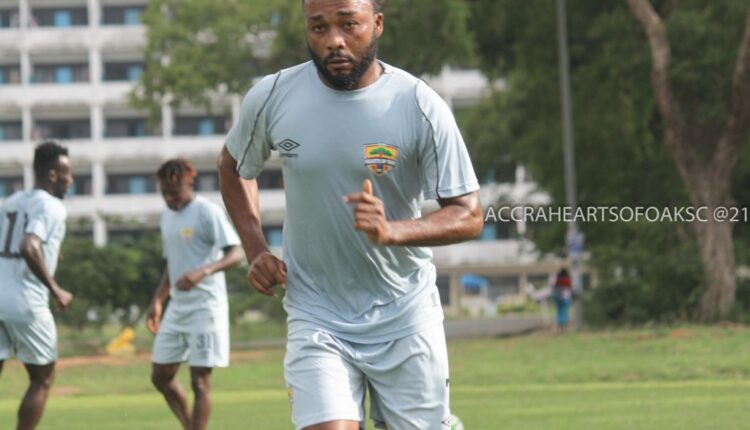 Reigning league champions, Hearts of Oak have released a statement on the absence of newly signed playmaker, Gladson Awako.

The former Great Olympics midfielder missed Hearts of Oak’s CAF Champions League opener on Sunday against C.K Kamsar due to illness, according to coach Samuel Boadu.

However, in a statement released by the Phobians on Tuesday, September 21, 2021, the player is having some personal difficulties, which they expect him to fix and rejoin his teammates.

“Our recent signing, Gladson Awako, has experienced some personal difficulties that have prevented him from playing football and starting for Hearts of Oak so far,” wrote the club.

“The club expects him to sort out those difficulties soon so that he can rejoin his colleagues and resume playing football,” the letter signed by Hearts of Oak’s head of communication read.

Report say the former TP Mezember player wants to leave the club after just a month.

On Monday, the agent of Awako, Yussif Chibsah explained the player and Hearts of Oak will discuss his future and refused to stated what was troubling the midfielder.

Meanwhile, some sections of the media have reported that the ex-Ghana U-20 star is experiencing spiritual attacks since signing for the club.

Below is the statement from Hearts of Oak 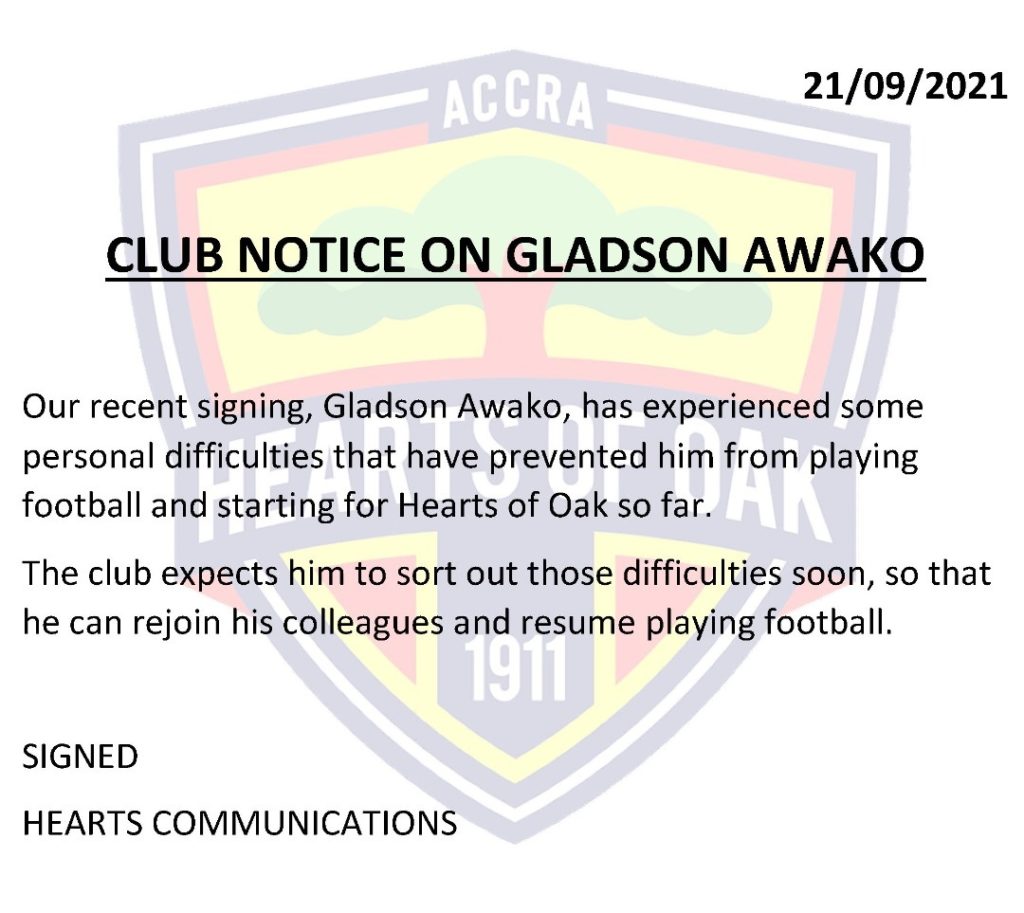