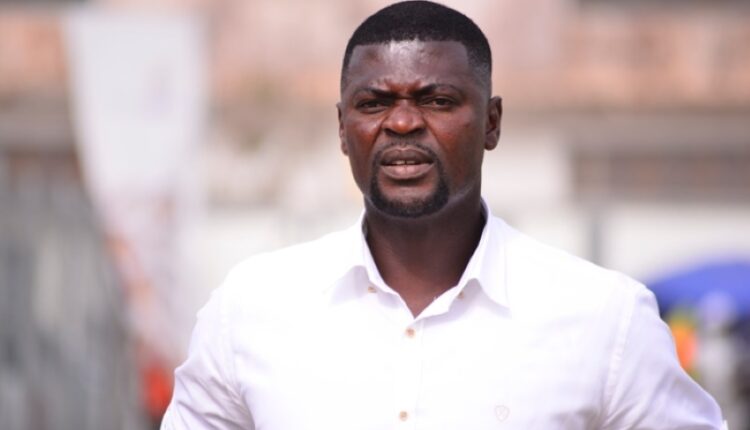 The announcement means the 36-year-old leaves the Phobians with his assistant coach, Hamza Obeng, and goalkeeper’s coach, Eric Amponsah.

A statement from Hearts said: 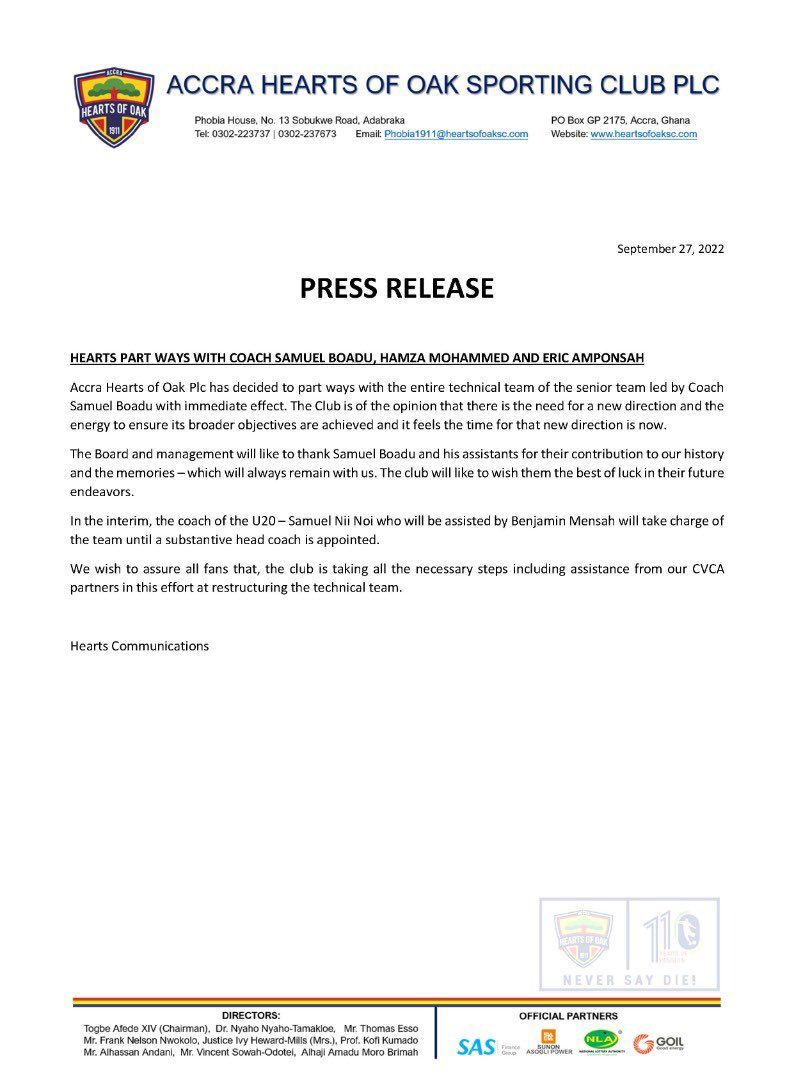 The Phobians are winless in their first three games in the 2022/2023 Betpawa Premier League under Boadu.

The Accra giants started their league campaign with a defeat to Aduana Stars before settling for draws with rivals Kumasi Asante Kotoko and Accra Great Olympics.

Although Hearts of Oak ended last season with the MTN FA Cup trophy, the club lost four and drew one in the final five league matches.

Boadu won five trophies in his one-and-half-season at the club, including one Ghana Premier League, two FA Cups, a Ghana Super Cup, and President’s Cup.

The club has assigned its youth team coach, Samuel Nii Noi, to take charge of the team until a substantive Head Coach is appointed. He will be assisted by Benjamin Mensah.

Hearts of Oak’s next game will be a Week 4 league match against Bibiani Gold Stars at the Accra Sports Stadium.