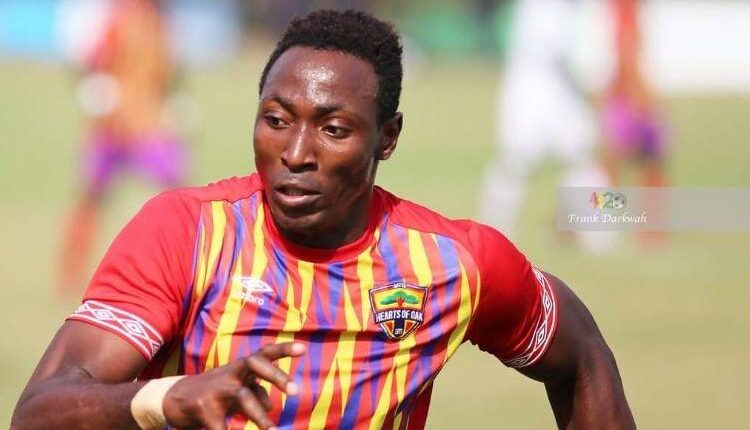 Hearts of Oak duo, Kofi Kordzi and Frederick Ansah Botchway have mutually agreed with the club to part ways.

Kofi Kordzi rejoined Hearts of Oak from Qatari side Muthair SC on a two-year deal last season and made 22 appearances and scored seven goals.

The 27-year-old leaves the club with a year remaining on his contract.

Kordzi who has fallen out of favor with top officials of the club including the technical team is expected to be paid all his outstanding due after agreeing to leave the club.

Midfielder Frederick Ansah Botchway also departs the club after having his contract terminated.

The 25-year-old joined Hearts of Oak from Liberty Professionals two seasons ago as a free agent and made 23 appearances for the Phobians.

Both players are now free agents and are available for transfers in the ongoing window.

The club has also informed Patrick Razak, William Dankyi, Larry Sumaila Ibrahim and Manaf Umar that their contracts will not be renewed.