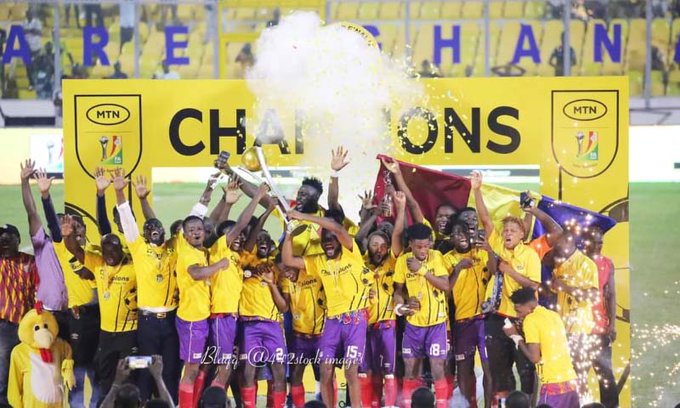 The Phobians rallied from behind to win a record 12th FA Cup title.

Bechem United started the game strongly and were rewarded with a goal through Emmanuel Avornyo.

The lanky striker slotted in from a rebound to score the opening goal of the game.

Caleb Amankwah scored from a volley in the last minute of the first half to get the equalizer for Hearts of Oak as the first half ended with the two teams sharing the spoils.

After recess, the Phobians increased their intensity in the game by creating some chances but Abdulai was resolute in defense.

Daniel Afriyie Barnie scored in the 60th minute to put The Phobians in the lead with a world class finish.

Augustine Okrah was sent off in the 68th minute after assaulting the assistant line one. The Bechem United winger head-butted the referee and was shown the exit.

Hearts of Oak held on to the lead to win their 12th MTN FA Cup title.

The Phobians as winners of this competition will be representing Ghana in the CAF Confederation Cup next season.