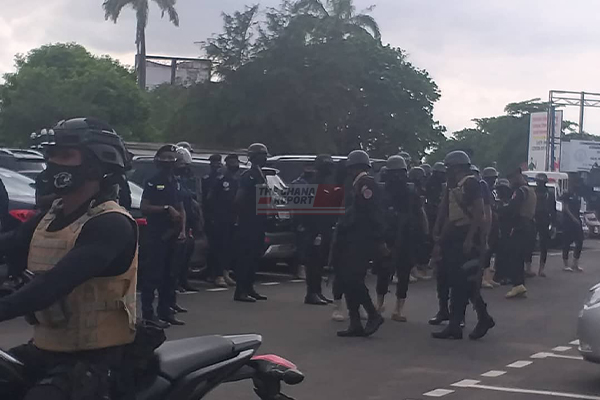 The Police have mounted heavy security at the Supreme Court as the country’s highest court decides on whether the Electoral Commission has the right to use the Ghana Card and the Ghanaian passport as the only forms of identification for the upcoming voters’ registration exercise.

Learning from past experiences, the police has adopted the stringent security measures to prevent political sympathisers, particularly the National Democratic Congress who sued the EC, from invading the court.

About 100 armed police officers, wielding Ak 47 rifles, batons, bullet-proof vest and face masks were seen spread on all corners of the Supreme Court premises and at every entry point ahead of the court’s sitting.

In the recent past, party loyalists throng the court to support big wigs in court and end up often clashing with the court.

Theghanareport.com’s court correspondent, Gloria Kafui Ahiable, said by 8.15 am, there was a battalion of police officers within the premises of the courts ready to ward off trouble makers. 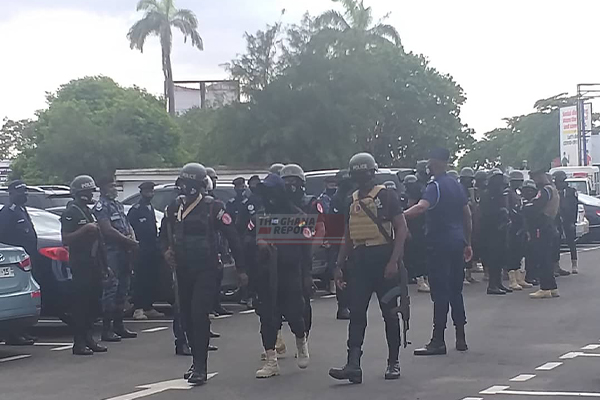 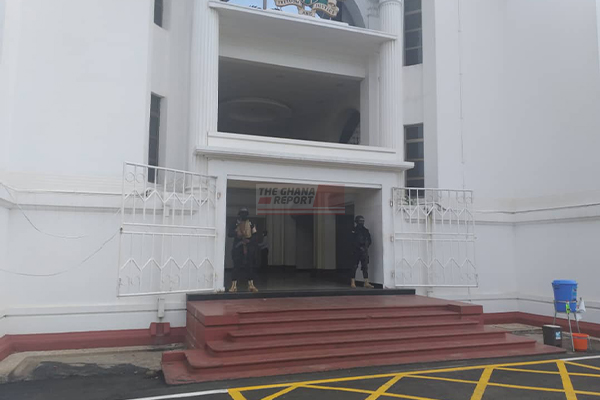 In its writ against the EC, the country’s largest opposition party, the NDC, is seeking a declaration from the Apex Curt that the decision by the EC to use only two national cards, the Ghana Card and Passports, is unconstitutional because it will allegedly disenfranchise many potential voters.

The party estimates that more than eight million people could be left out of the EC’s estimated 17 million potential voters.

The Constitutional Instrument laid before Parliament by the EC to govern this year’s elections matured on Tuesday 9th June after 21 days and is now a regulation.

But the maturation of the CI was not without controversy and a fight from the Minority members in Parliament.

A 106-92 majority vote on the floor of the House adopted the report of the committee on subsidiary legislation which approved the controversial CI.

For months now the Minority has decried the attempt to exclude the voter’s ID cards procured in 2012 and used in the 2016 general elections and also exclude the use of a birth certificate.

Only two documents are valid for registration as a voter; a passport; a far less popular ID as the minority claim, and a Ghana ID card; which some Ghanaians are yet to obtain.

The third is for two Ghanaians to vouch for a person’s citizenship.

Following the adoption of the report, the Minority in Parliament came out to rehash denunciations of the Akufo-Addo government and the Electoral Commission.

Before then, the NDC went to court seeking to invalidate the EC’s decision which it said would disinfrachise millions of people.

The court ordered the EC to provide reasons as to why it was excluding other forms of identification, including the existing voter identification cards as proof of eligibility to register for a new card.

In response, the EC said compiling a voter’s register was the sole and exclusive constitutional responsibility as stated in article 45a and 46 of the 1992 constitution.

It argued that the constitution allows its discretion to determine how it plans to compile the register which it has done in laying a regulation before parliament stating the acceptable means of obtaining a voter ID card.

The response said the EC has determined after an internal review and some diligence that the previous requirements for a voter’s ID card outlined in 2012 is problematic.

As the court gird its loins to hear from both sides before it takes the landmark decision on the validity of existing voter IDs in acquiring new ones, the police are being proactive to prevent a recurrence of party supporters taking over the precincts of the court to cause a commotion. 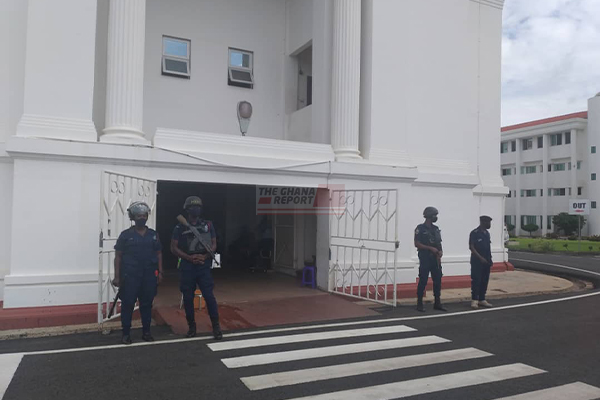 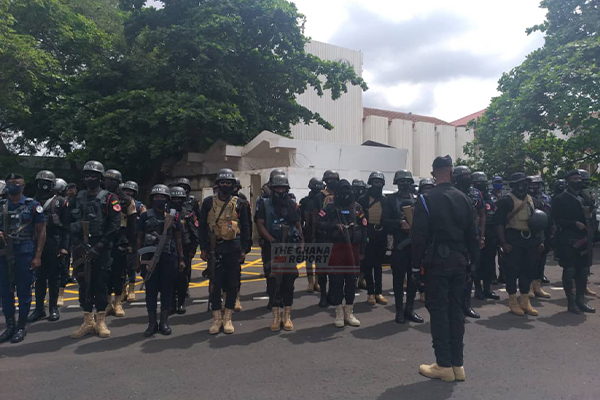 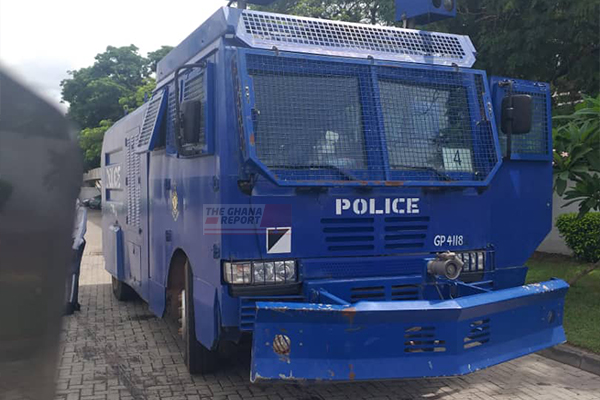 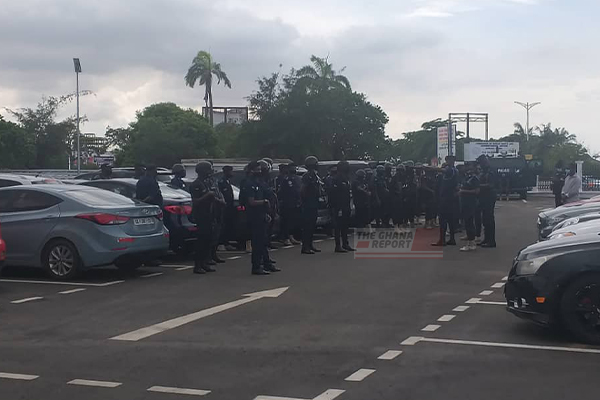 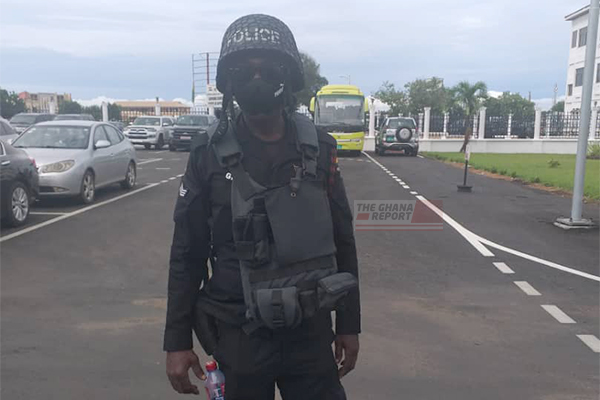