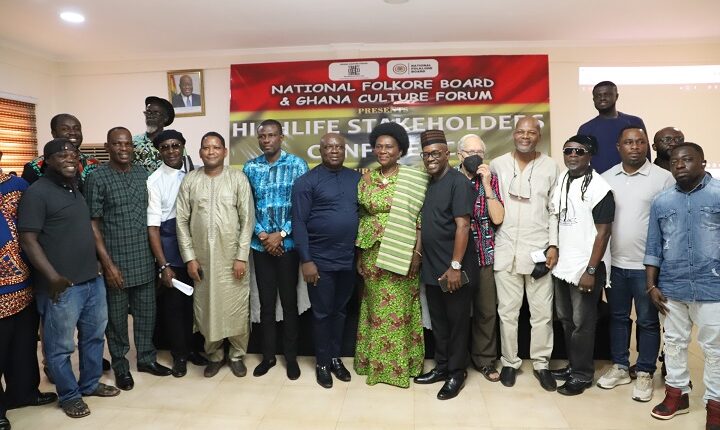 The Country Director for the United Nations Educational, Scientific and Cultural Organisation (UNESCO), Abdourahamane Diallo, says highlife  an  Intangible Culture Heritage that should be preserved.

He said preserving Highlife music will ensure that it is safeguarded, projected and passed on to other generations.

“Traditions that we have that are not tangible but are very precious are that which need to be preserved. Music has always played a role in society. It is the universal language of communication and an excellent example of living heritage and the Ghanaian highlife is a perfect example.

“The intangible aspect of our cultural heritage is important to continuously create and evolve as communities adapt to the practices and traditions in response to the environment,” he said.

Mr Diallo also noted that the Highlife genre is an integral part of Ghana’s identity that is loved by all.

“Highlife music is an integral part of the intangible cultural heritage in Ghana and the sub region, a genre of music which is loved all over Ghana. It talks about the country’s history and politics and to this day it contributes to dialogue and issues of injustice, resistance, love and humanity among others,” he noted.

Apart from Highlife, nominations are also open for other cultures to be listed provided the culture is in urgent need of safeguarding because its visibility is at risk, or it is facing grave threats as a result of which it cannot be expected to survive without immediate safeguarding.

The programme officer of the Ghana Commission for UNESCO, Mr Christopher Wetcher encouraged stakeholders to ensure that cultures are respected.

“It is common knowledge that any community that loses its culture will soon enter into an identity crisis. This conference I believe is going to rally national support for safeguarding intangible heritage because we know the challenges we are having.

“There are issues of modernization and globalization where most of our intangible cultural heritage is going extinct. We want to encourage all stakeholders to come up with ideas and best practices on how we can safeguard our heritage. Not only listing them on UNESCO’s list but also ensuring that nationally, we are committed to safeguarding this intangible heritage that we have,” he said at a Highlife Stakeholders Conference organised by the National Folklore Board in partnership with the Ghana Culture Forum at the Accra Tourist Information Centre to discuss an action plan by which Highlife can be enlisted

The conference was attended by Deputy Minister for Tourism, Arts and Culture, Mr Mark Okraku Mantey and some Highlife players including Gyedu Blay Ambolley, Smart Nkansah, Amandzeba, Bessa Simons and many more.