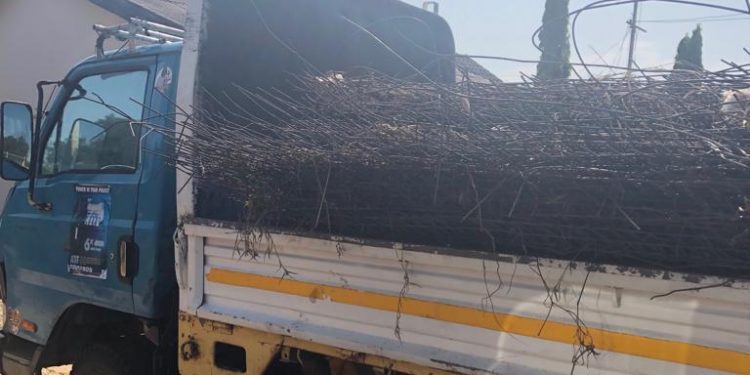 The Ghana Highway Authority (GHA) is pushing for stiffer sanctions for the five persons arrested by the Achimota Police command for illegally cutting wire mesh on the median of the George Walker Bush (NI) highway between Lapaz and Dzorwulu.

The five were on Thursday put before the Accra Circuit Court and charged with stealing after they were arrested last Sunday during their illegal operation at night.

Public Relations Officer of the Ghana Highway Authority, Diana Seade in an interview said the law must be applied accordingly.

“When they were arrested, they brought a document of purchase coming from us. But, our position on stealing is clear. The constitution clearly states what should be done to criminals. There are punitive measures for those who steal, vandalize or take properties. So all of these are coming together, the law is really going to work.”

The criminals upon arrest produced a letter purportedly written by the Authority giving them permission to replace the median with new wires under a project in collaboration with Wire Weaving Industries Ghana Limited.

The wire company is said to be providing a new coated wire mesh for the median.

But officials from the Authority at the scene said the letter was fake.

The driver of the KIA truck which was used for the operation was detained and subsequently released to assist with investigations.