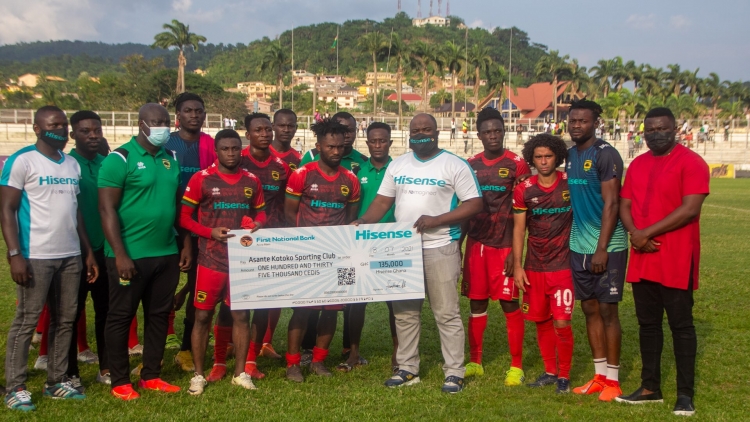 Asante Kotoko received a cheque for Ghc 135,000 from their electronic partners, Hisense, after their 2020/21 season’s campaign.

The Porcupine Warriors received the amount as a reward package for staying undefeated in 27 matches.

Hisense made a presentation to Asante Kotoko after their final Premier League game against Elmina Sharks on Sunday afternoon, a game they lost by a lone goal.

Kotoko finished second on the table with 57 points; four more behind champions Hearts of Oak.

The club as part of the sponsorship package had already taken delivery of Hisense items worth Gh¢200,000 to aid the club to complete the ongoing Adako Jachie project to uplift the infrastructural development of the club.

Our sponsor @Hisensegh1 Ghana today presented to us a cheque of Ghc135,000 as our reward package for the 27 Premier League games that we did not lose this season.

The club expressed their gratitude to the electronic appliance company for the gesture on the club’s official Twitter handle,